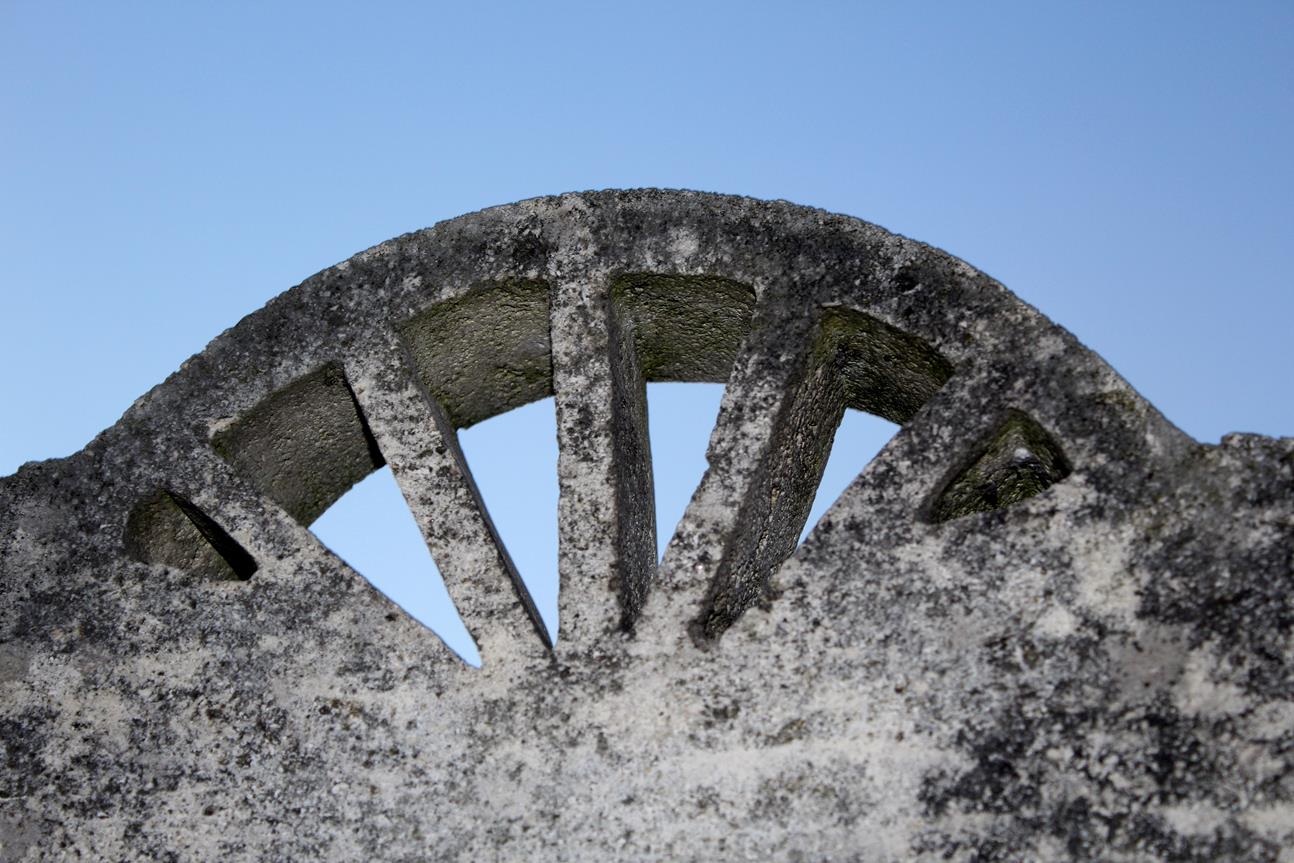 Located south of the city of Angoulême, the Les Alliers camp operated from 1940 to 1946 (sic!). Initially, in 1939, it served as a temporary residence for nearly 1,000 Spanish refugees. Men were subsequently transferred to the Mauthausen camp, whereas the French authorities sent women and children back to Spain. From September 1940, the prisoner population of the camp was expanded by bringing in Gypsies and various nomads, who lived in a gypsy way, earning their living by playing music, juggling, etc.

The camp covered the area of 1.65 ha and was surrounded by several lines of barbed wire. It comprised a dozen ramshackle cottages as well as buildings for administration, kitchen, outpatient clinic and detention centre. The prisoners were guarded by a French crew. The camp commandant supervised the work of two gendarmes, five civilian guards and administration workers, nurses and 2 people at school – a total of eleven people. The camp was closed from 9 p.m. to 7 a.m., but outside of those hours prisoners could use their passes and leave, especially if they worked outside the camp. Many of the prisoners performed their usual activities, e.g. family weaving baskets.

Prisoners escaped from the camp many times – the records state that it usually occurred when the camp commandant was away from the camp on urgent business. The escapees were exposed to being denounced and were often brought back by gendarmes. However, in total 10-20% of the interned managed to escape.

About 450 people passed through the camp, but the usual number did not exceed 350 – 60% of whom were children. They lived in very bad conditions, starved, and were exposed to numerous diseases which resulted from starvation, lack of vitamins, as well as dirt and vermin. They could not use the drinking water in the wells due to the lack of pumps, the latrines were full because they had no outlets and nobody cleaned them; the showers which were installed at the beginning were never used as the installation remained unfinished and the rains turned the whole area into a swamp. Suffice it to say that the Gypsies, who were used to inconvenience, had to endure extreme hardships in the camp. After the violent storms in December 1940, all the roofs in all the cottages were leaking heavily. In winter, the prisoners suffered not only from the lack of fuel to heat their cottages, but there were not enough stoves, and one or two blankets had to suffice for five and six people. There was also a system of punishments for offences, of which the cruelest was being only fed bread and water.

However,  the last year of the camp’s operation was when the strangest things happened. The Les Alliers camp in Angoulême never ceased operating until May 1946 (The other camp which continued its operation after end of the war was in Wingers). The internees had lost their wagons, houses, horses and had to start from scratch. What is more, they were treated unfavourably and were devoid of any help of the state, but still they were not as exhausted as the prisoners of Buchenwald or Dachau who, after the liberation of the camp stayed in the hospital inside the camp for many months. Those Gypsies had nowhere to go, so in practical terms they were still interned …

In the industrial district, in the suburbs of today’s Angoulême, we searched for traces of the former internment camp, called Alliers. Finally, at a rather deserted spot, on the outskirts of the town, we found some locals, who, when asked where we could find Les Alliers, a camp for the Gypsies, showed us “this place”. Behind a high wall, there is a square, which from a distance looks like a landfill site or parking lot. We could hardly believe that the local people showed us this place. It now houses a Manouche nomad settlement. Inside we repeatedly asked the Gypsies themselves about Les Alliers. They kept saying – this is Les Alliers!

Today’s settlement of Gypsies is located in a different place than the internment camp during World War II. And yet the name moved several hundred meters and through tens of years – together with the Gypsies. Manouche led us to the actual location of the internment camp – because they knew it was there that we would find a memorial commemorating the Gypsies.

One can meet talented musicians in the Manouche settlement, which today is called Les Alliers, at Rue Louis Pergaud (7-9). See also: https://www.youtube.com/watch?v=ydCs-KSaIr4

Turning from Rue du Bordeaux into Rue de la Brigade de Rac, we pass the Crescend’eau Angoulême Swimming Pool at number 6, then the road turns right. Just behind the corner, on the side of the road which is used as a lorry parking lot, we can see the memorial erected to commemorate the Gypsy prisoners of the Les Alliers internment camp. Behind the memorial there is the beautifully maintained area of the Hirondelle Golf Club. This neighbourhood is called Rabion.

The memorial is a concrete stele with side walls which are get narrower and narrower towards the top. This makes it easier to read the inscription on a large plaque. The stele is about 1.50-1.60 m high, and it seems as if it were chipped or missing above the plaque with the inscription. In the place where the concrete is uneven and, due to the uneven texture, resembles a naturally broken stone, e.g. limestone, there is a perfectly mounted wheel from a wooden cart, also made as a concrete cast. The wheel has 15 spokes, and while the bottom part looks like a bass-relief, between the top seven spokes there is an open space through which one can see the sky. The front of the wheel is accurately rendered with details, with the protruding hub and the slightly wider part that would normally touch the surface of the road, the rear of the wheel is schematic, as the details no longer matter, because this part is not intended for viewing. On the back wall, on the right there is also a hardly-decipherable gmerk / artist sign (Greek letters: Λ, under it: ϕ, with a circle around them). The whole memorial gives one the impression of a stone sculpture.

The stele is placed on a low, four-sided pedestal with bevelled edges. Approximately 2 m in front and on the sides of the monument, there are metal posts which separate the memorial space from the car park.

This is not the only way in which the city commemorated the Gypsies from the Les Alliers camp. On April 7, 2010, seventy years after the Vichy Government passed the decree and order to intern Gypsies (April 6, 1940), the mayor Philippe Lavaud bestowed honorary citizenship of the city upon  four survivors of the Angoulême camp who were from ”here” – from local Gypsies. An unusual and touching gesture… The honorary citizens honoured on this day included: René Renard, Mady Erb, Pierre and Micheline Déchelotte.

Between November 1940 and May 1946, about 450 Gypsies from Lorraine, Charente and Charente Maritime were gathered and held by the French government in humanly unacceptable conditions at this very place, called the “Alliers camp”. Earlier this camp was inhabited by Spanish refugees, some of whom were deported to Mauthausen in 1940.

The swimming pool: 6 Rue de la Brigade de Rac, 16000 Angoulême, France – turn right behind it, the memorial is located in front of the fence of the golf course (just across the street from the swimming pool car park)