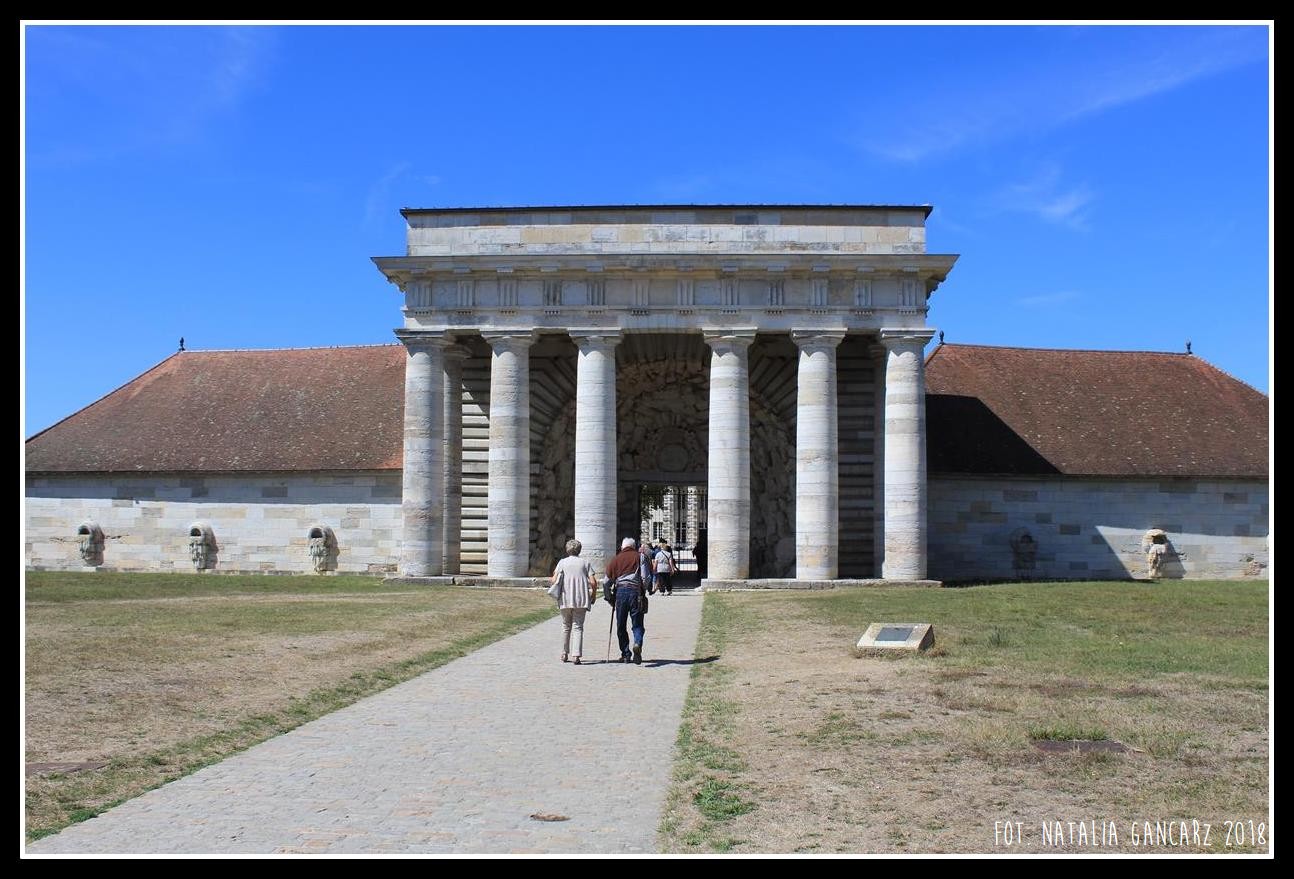 The 18th-century Royal Saltworks in Arc-et-Senans in the Doubs department, has been a UNESCO World Heritage Site since 1982. In the years 1941–1943, for two years, over 370 (according to other sources: 200) Manoushes, Roma, Gypsies, Yenish, mobile traders – generally called Gypsies or nomads – were held in very difficult conditions in the saltworks building. More than half of them were children under 15.

Renovated buildings of the ​​saltworks house exhibitions devoted to the history of the place and to brewing salt. Unfortunately, the time when the complex was transformed into an internment camp was almost completely omitted. Only one board at the exhibition provides concise information about the so called “black years” 1939-1945. According to this information, in July 1942, 261 Gypsies were detained in difficult conditions in the saltworks and they were later deported to the Jargeau camp (Loiret department). The board also features a copy of the identification document and a photograph of Emil Chandello, a violinist who was detained in Arc-et-Senans with his wife. His wife died there in February 1943 and he was deported to Jargeau, where he died shortly after arrival, on March 4, 1944.

A plaque that mentions the Gypsies is placed on the left side of the main gate leading to the building complex (just behind the corridor leading to the cash register).

This small plaque, made of polished concrete or similar material, is bolted to a stone wall. In its upper part, the Roma flag symbol with colour parts and inner wheel / chakra marked by the way of engraving. The upper part of the flag, which is normally coloured blue, is slightly recessed in comparison with the lower part, normally coloured green. The wheel, on the other hand, protrudes in comparison with the upper part of the flag and is on the same level as the lower part.

The flag covers about 2/5 of the vertical plaque, whereas the inscription covers the remaining part.

The text written in French was engraved in an elegant carved in a delicate sheriff font.

In this place, at the Royal Saltworks in Arc-et-Senans, from September 1, 1941 to September 11, 1943, about 200 Gypsies, entire families, were regrouped and then interned by the Vichy government and the German Feldkommandantur (Field Commendant’s Office). Gadzio, don’t forget! (NOTE! ‘Gadzio’ is treated here as ‘man in general’, but according to the Roma language, ‘gadzio’ means ‘non-Roma’. This is therefore a rather specific form of using the Roma word – a note by NG). April 9, 1999