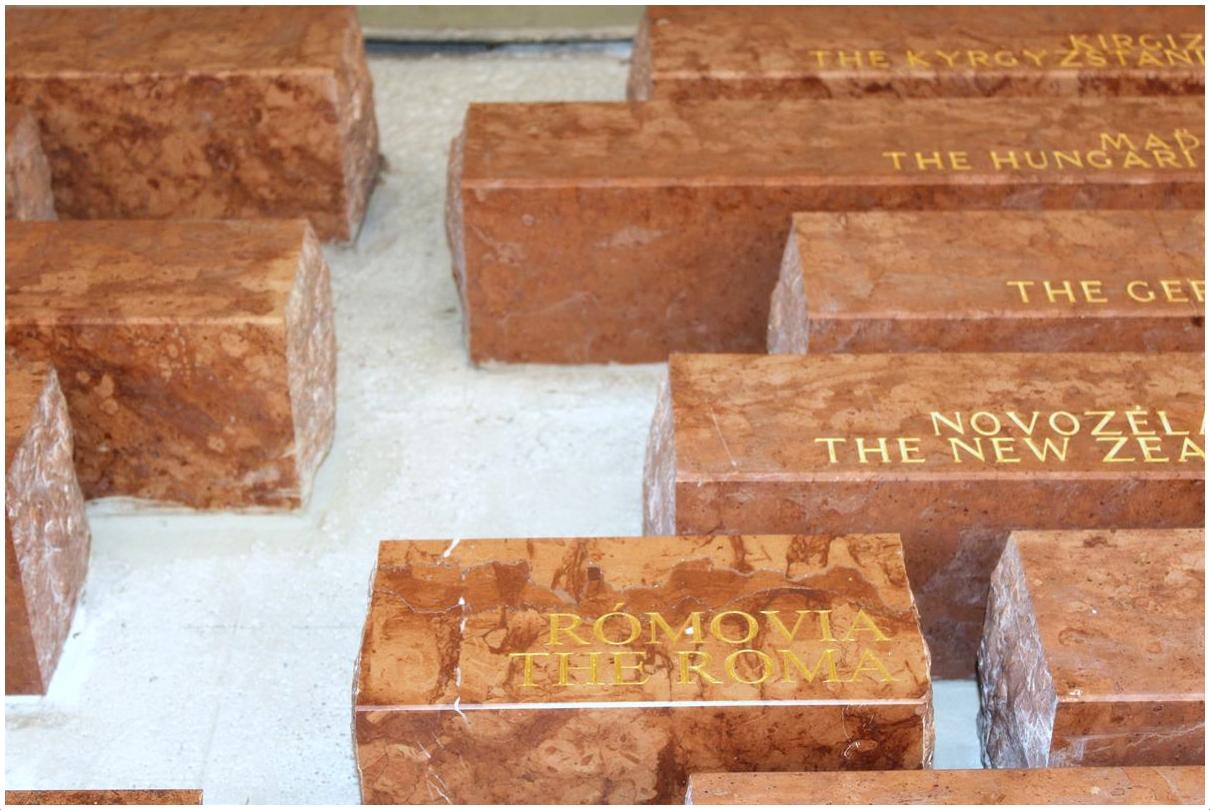 The Slovak National Uprising lasted from August 29, 1944 to October 28, 1944 and was a way of resistance against the Germans entering Slovakia and the authoritarian power of the German-dependent forces led by Josef Tiso. Despite the Wehrmacht’s suppression of the uprising, for the Slovaks it became a symbol of the first clear step towards state autonomy. The centre of the uprising was Banská Bystrica, which is why the decision to build a memorial museum of the uprising.

The construction of the National Museum of the Slovak Uprising in Banská Bystrica was completed in 1969. In the Memorial Hall (a kind of a terrace or a hall in front of the museum entrance), a monumental and very symbolic memorial was erected by Jozef Jankovič, Obete varujú (‘Victims warn you’). In in the 1990s, the names of individual nations involved in the National Uprising were placed on the plaques in the same Hall. Among them were the Roma who, as is known from archival documents, suffered numerous repercussions because of real or alleged help to partisans. Therefore, the first undertaking of the “Ma bisteren” project! implemented by the “In Minorita” association was to add the “Roma” plaque to the list of nations. Following the authors of the individual commemoration of Jews, the same project involved adding a separate “kubus” [cuboid] – symbolising the Roma, as special victims of World War II.