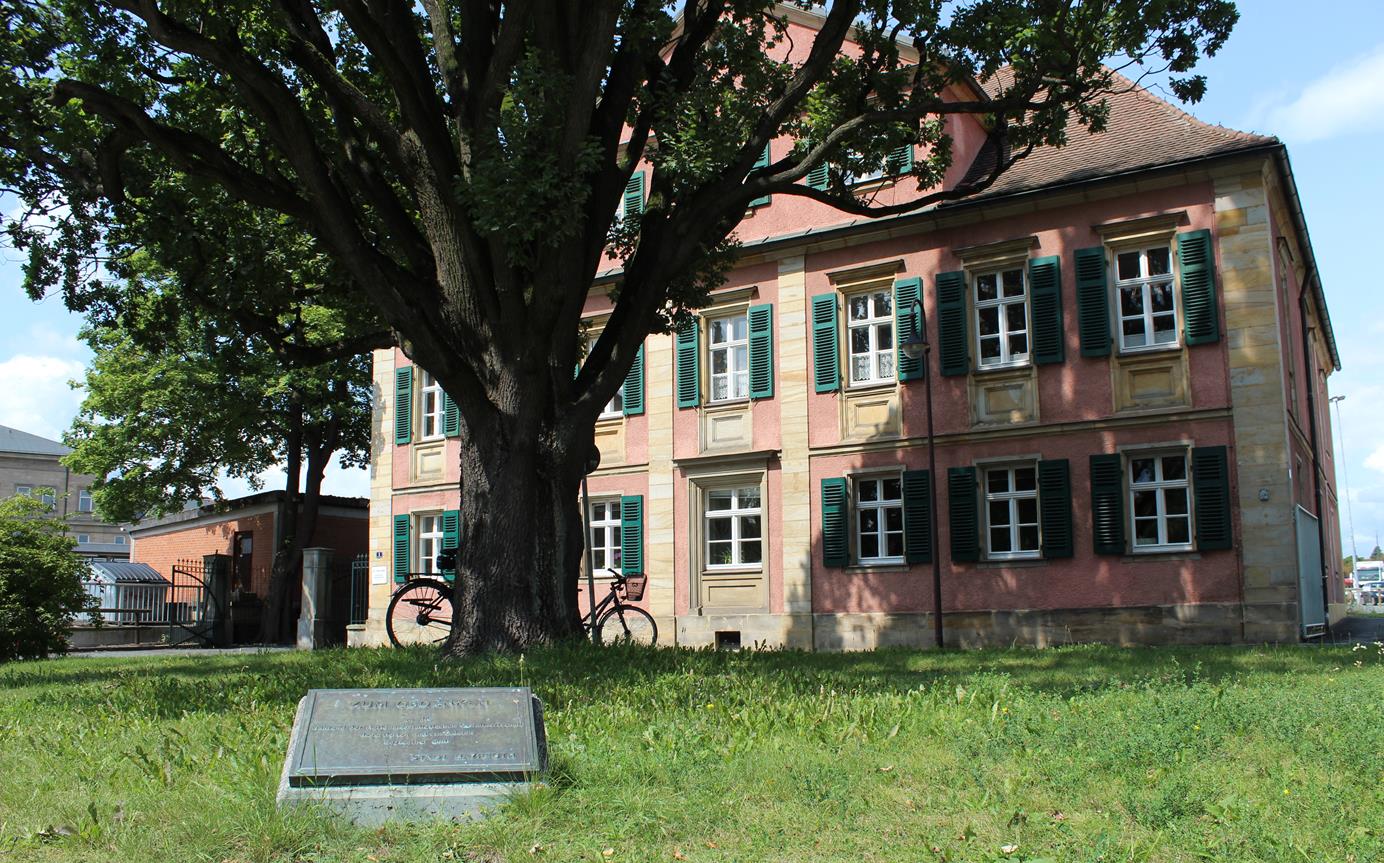 Before the outbreak of World War II, 15 Sinti were registered in Bayreuth, including brothers Max Rose (born 1899) and Wilhelm Rose (born 1901), who lived at Frauengasse 6. In 1941 Max Rose was arrested and taken to the Ravensbrück camp (although the place was known as a women’s camp, there was a separate section for male prisoners), and on November 3 he was transported to KL Dachau. The records indicate the word ”dead” next to his name with the date November 18. The other brother, Wilhelm Rose arrived in Dachau on January 29, 1943, and died the same year on April 14. From the entire community from Bayreuth only their fate was known to historians, although the erection of the memorial had been preceded by over two years of archival research.

The unveiling of the memorial took place on December 16, 1999, on the 57th anniversary of Heinrich Himmler’s signing of the so-called Auschwitz-Erlass (‘Auschwitz Decree’), in which he ordered the deportation and extermination of all German Roma and Sinti.

The memorial is located on a small square next to a busy street, near the underground pass exit from the main railway station. This location is related to last route the Sinti from Bayreuth took when they were transported from the city to the freight railway station.

The stele is a bronze cast (tarnished in places), mounted on a low concrete pedestal. The lower part of the stele barely protrudes above the height of the grass, the upper one is higher, which makes it easier to read; the small size of the monument may make it difficult to find. It is characteristic that the stele is on the right side under an old, spreading oak. Behind the memorial, there is a pre-war building (school?) with shutters. The building currently houses the office of a tax advisor Wolfgang Morzodko

‘To commemorate the Sinti from Bayreuth, deported and murdered during the tyranny of National Socialists. The City of Bayreuth’

In front of the building with shutters, on the right of the railway underground pass exit