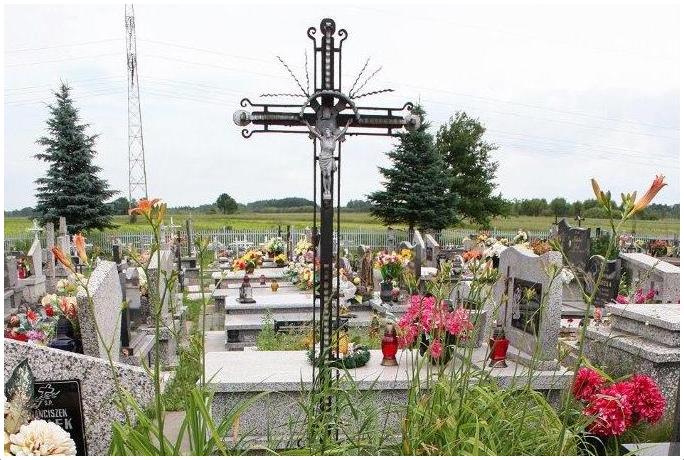 On July Saturday 1942, gendarmes detained a group of 29 Gypsies near Wał Ruda. There were supposedly three men, five women and the rest were children, including a small baby. The Germans put them on ladder wagons that the local peasants drove. They intended to shoot them near the Kisielina River between Wola Radłowska and Wał Ruda. However, local people begged the Germans and Polish policemen not to commit this crime near the village, so they led their victims towards Borzęcin. The road went through the forest, in which the tormentors found a suitable place for execution. According to one account, the Germans themselves carried out the execution, others testify that Polish policemen also shot. Apparently the murdered belonged to the Majewski, Kwiatkowski, Chmielewski and Cioroń families. The surnames indicate Gypsies from the Polska Roma [Polish Roma] lineage and local, sedentary (the Cioroń family). The victims of this massacre were exhumed in 1959 and laid in a mass grave at the cemetery in Borzęcin Dolny. Initially, a cross was placed on the grave with a plaque listing the above-mentioned surnames of the murdered.

At present, on the Roma grave, located between other graves, there is a cross on which there is no information about persons buried under it.