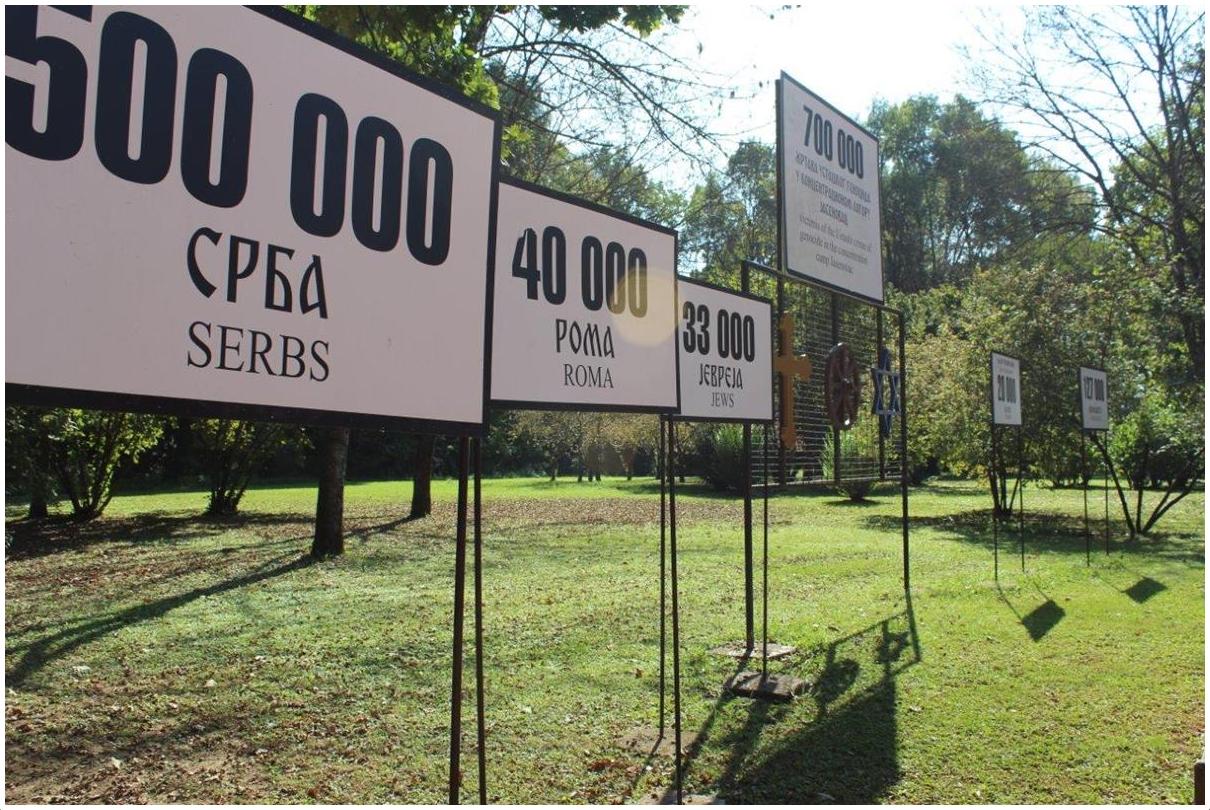 Today’s border between Croatia and Bosnia and Herzegovina is the Sava River. Near Jasenovac the river forms a bend and passes north of the areas near the village of Donja Gradina. The River Una, on the other hand, passes east of the village.

The first mass liquidation of prisoners of the Jasenovac camp in Donja Gradina took place in January 1942 and was commanded by Stanko Vasilij, captain of the 1st defensive battalion of Ustashe. Due to the cold winter, it was impossible to dig graves, so the first group of victims was taken across the river, to the place of murder at the fork of two rivers. It was also an ideal place for an execution as the area was sheltered in such a way that it drowned out the cries of the tortured and cruelly murderred prisoners. The tortured people were rarely shot, more often they were killed with huge hammers. Then the corpses were burned. There is a strong belief that Gradina was witness to the attempts to obtain soap from human fat. The remains and sometimes even the corpses were also thrown into the river. Several times, during a very low state of the River Sawa, human bones were found in many places. In the 1960s, Tito banned any searching in this area and it became a designated memorial site.

Today, Donja Gradina is a memorial zone. Within the complex there are nine burial grounds, on which 105 mass graves have been marked. Further 22 were discovered and they are awaiting appropriate marking.

Roma are mentioned as a group of victims on the memorial in the form of a plan of the Jasenovac camp and Donja Gradina execution site.

The main memorial, which seems quite temporary due to the materials used (steel posts, fence mesh, metal plaques) commemorates groups of victims who are listed in numbers (500,000 Serbs, 40,000 Roma, 33,000 Jews, 20,000 children, 127,000 anti-fascists – a total of 700,000 victims of crimes in the Jasenovac camp perpetrated by Ustashe). Symbols of the cross, the gypsy wheel and the star of David are placed on a steel grid under the largest plaque (700,000).

Near the building within the complex (information centre?) – there are flags in white, blue and red with the same symbols as on the memorial itself – the cross, the gypsy wheel, and the star of David.

* It is worth mentioning the symbol of Gradina Donja – Топола ужаса, “The Poplar of Passion”, considered one of the most terrible symbols of the Ustashe terror. The victims were nailed along the entire height of the tree trunk with special iron wedges, which were hammered into their chests and legs; their agony not rarely lasted several days. Wedges and chains were made by blacksmiths, perhaps even as part of blacksmith works at the camp. There is no annotation about Roma next to the Poplar.