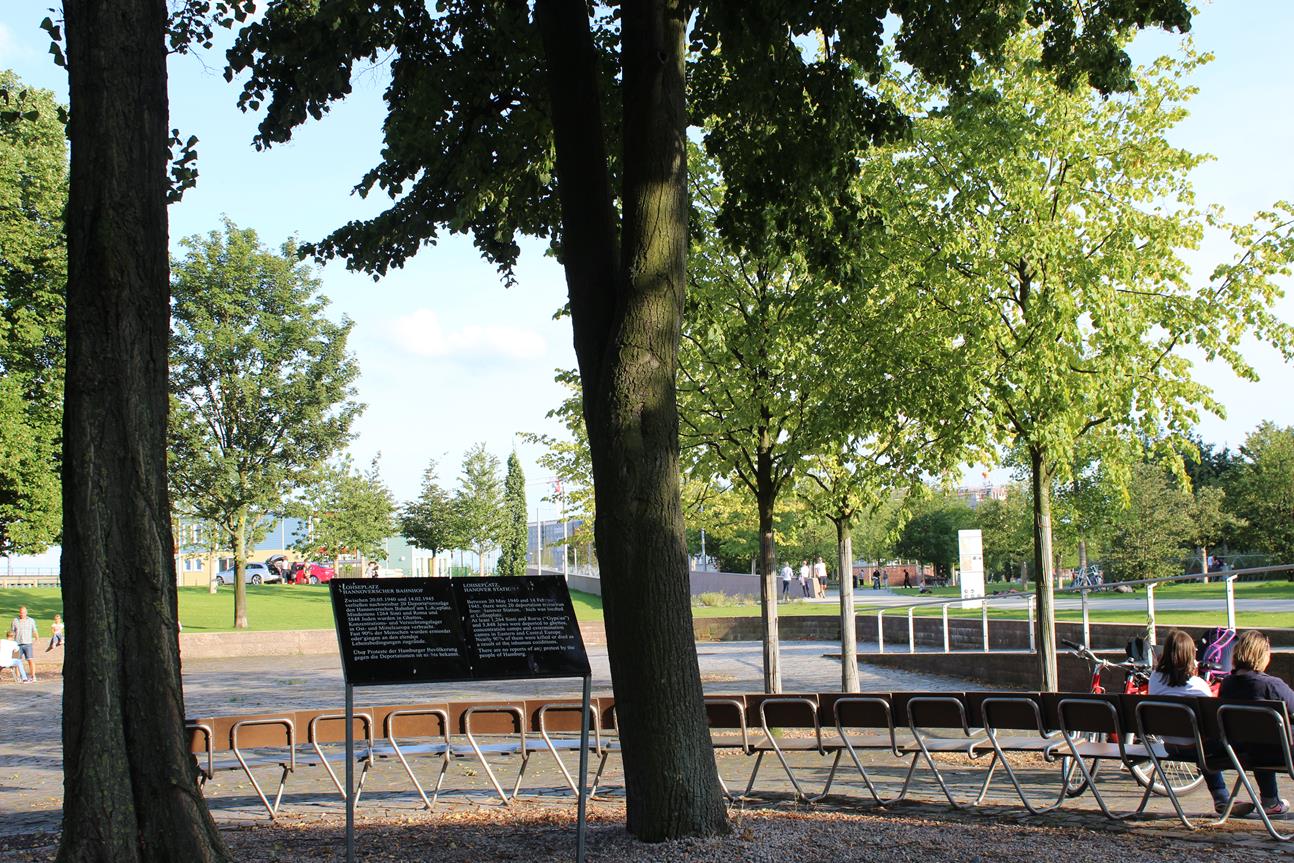 The idea of ​​resettling all Gypsies from Hamburg to one collective camp arose as early as 1937. The mayor of Wandsbek district wrote on November 4, 1927: ”It would be legitimate to gather Gypsy families living in the city and around Hamburg to one housing estate, which should be located as far as possible from other housing estates.”* These trends intensified throughout the country, especially with the popularisation of racial research at the Robert Ritter Institute and the Institute of Breed Hygiene Research. However, as far as Hamburg is concerned, the city council made a decision to establish a Gypsy ghetto in the Billstedt-Oiendorf district as late as on September 22, 1939. The decision remained unimplemented because of other orders which were sent from Berlin.

On April 27, 1940, Himmler sent an order to resettle Gypsies all around the country (Hamburg, Bremen, Hannover, Dusseldorf, Cologne, Frankfurt, and Stuttgart) and the first deportation took place on May 16, 1940 – from Hamburg. Several hundred Roma and Sinti from the city, gathered in the Gestapo camp at Nöldekestraße, were taken by buses to the fruit warehouse C near the Baaken bridge in the Hamburg port (today the corner of Kirchenpauerstraße and Baakenwerder), where they waited for five days, and then they were transported to their final destination in Poland.  In this way warehouse C became a central assembly point for all the Roma and Sinti from northern Germany before their deportation to the East.

Lohseplatz in Hamburg lies in a newly built district in the area where the Elbe was transformed into a network of port canals – this is the so-called HafenCity. Today Lohseplatz is partly a memorial park and partly an amusement park –  it begins with a view of the huge Das Spiegel building, and ends with the building of the University of Hamburg at HafenCity on the other side. Before and during the war, it housed the Hannover railway station, from which transports of people departed to concentration and death camps. Nowadays, three forms of commemorating the victims can be found in the square and in its vicinity, but there are also lawns and a playground to help the local residents relax.

A few hundred meters from the Hannover Railway Station, there was a fruit warehouse C, in which a transit camp for the Roma and Sinti was located.

Victims of deportation, of whom only few managed to survive, are commemorated with a plaque, a memorial and a temporary board exhibition in a connex container – there are plans to build a documentation centre with a permanent exhibition in this location.

A black, powder coated metal board is mounted on a structure made from square-shaped tubes. The inscription is in German and English.

Between 20 May 1940 and 14 February 1945, there were 20 deportation trains run from Hannover Station, which was located at Lohseplatz. At least 1,264 Sinti ad Roma (“Gypsies”) and 5,848 Jews were deportated to gettos, concentration camps and extermination camps in Eastern and Cetral Europe. Nearly 90% of them were killed or died as a result of the inhuman conditions. There are no reports of any protest by the people of Hamburg.