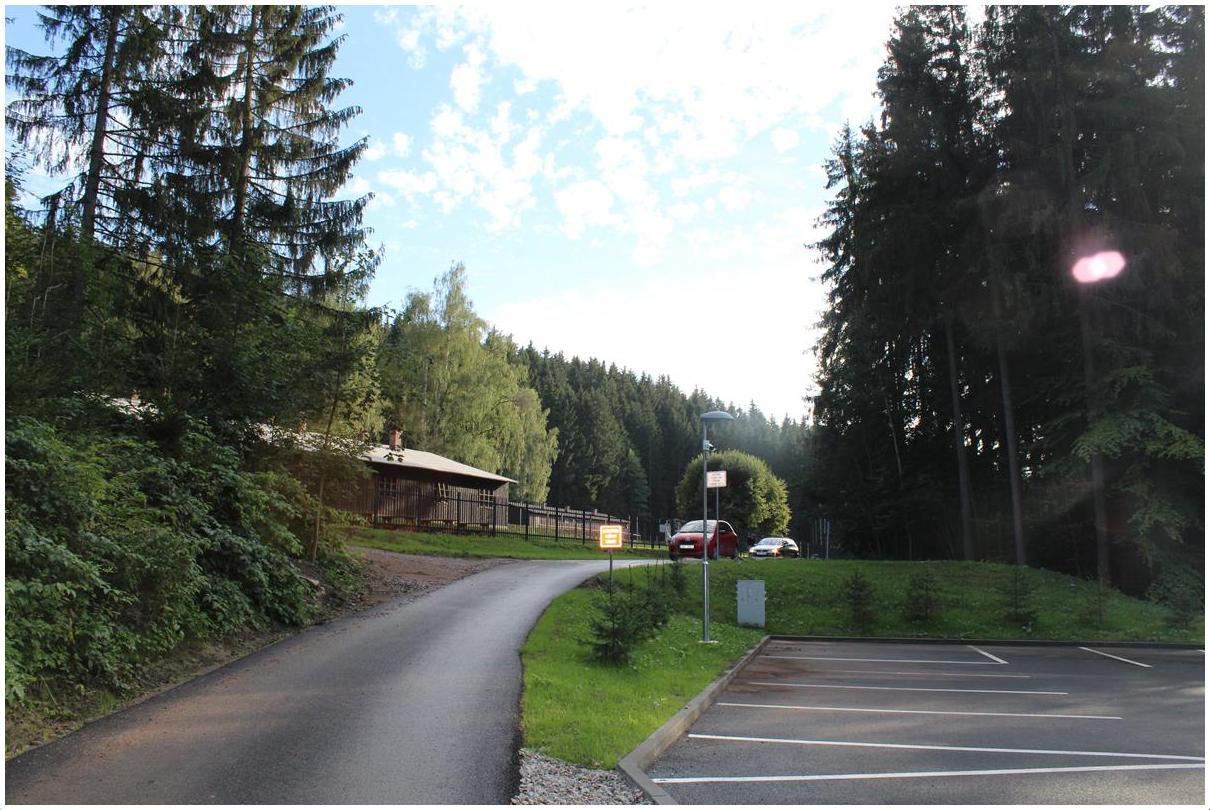 Intensified action against Gypsies in the German Protectorate of Bohemia and Moravia (from 1939) took place in 1942. In July 1942 a document was adopted, according to which the Gypsies had to be separated on the basis of race, and thus a list of all “cikánů a cikánských míšenců” had to be created.  Disciplinary labour camps for males, in Hodonin near Kunštát and Lety near Písek, were turned into camps for entire Roma families on the first day of the census (August 2, 1942). In this way, the Czech Roma were divided into those who came from Moravia – as they were transported to Hodonin (German: Göding), and those who came from the Czech Republic – as they were transported to Lety.

Originally, before 1942, the labour camp in Hodonin housed 200 people and in the summer this number rose to 300. After 1942 this number increased manyfold.

The camp commandant-administrator was Štefan Blahynka, and the staff included 40 men, Czechs.

All prisoners, including children, worked on excavations for the construction of the road from Pilsen to Ostrava and on the section of the road Štěpánov nad Svratkou – Hodonín – Rozseč nad Kunštátem. They received meals three times a day, but the portions were too small, which, together with terrible living and hygienic conditions, resulted in diseases, including typhoid and typhus epidemics. Initially, the dead were buried at the parish cemetery in nearby Trnovec (73 people), later they were buried in mass graves at the makeshift cemetery next to the camp (121 people).

A total of 1396 people passed through the camp. 262 of them were released, 47 escaped and 207 were killed (the most common causes of death included pneumonia, tuberculosis and typhoid fever).

Three transports left Hodonin to Auschwitz-Birkenau. Of the first, which was headed for Auschwitz I on December 7, 1942, almost no one survived. Of the next two transports, sent to Auschwitz II – Birkenau on August 21, 1943 and January 27, 1944 respectively, only those who were later transferred to other camps managed to survive. The camp for the Gypsies in Hodonin was closed on December 1, 1943.

It is interesting to note that one of the prisoners in the Hodonin camp was Blažej Dydy, the only man who was accused of being accessory to the Roma holocaust and tried before a Czech court. He was promoted from a prisoner to an assistant warden, and was later sent as an assistant warden to Auschwitz. In 1947 he was sentenced to life imprisonment, and was released on parole in 1961.

After the liberation, the Hodonin camp temporarily housed a Red Army hospital, then for a short time it acted as a place for German citizens who, due to their health, could not be expelled from the state. Eventually it was turned into a forced labour camp for the enemies of communism.

In 1946, a wooden cross with a crown of thorns was erected over the mass graves, 150 metres from the former camp. Also, one of the prisoners of the labour camp carved the following inscription in stone: “Žalov to the victims of Nazism”. This memorial is located in the commune of Louka.

In 1997, the Romani Museum of Culture and the commune office in Hodonin erected an iron cross decorated with Romani symbols: the spokes of a gypsy wheel woven into a horse collar, by the Roma artist Eduard Oláh. Also, on the initiative of the Museum of Romani Culture in Brno, a memorial meeting is held here every year, on the Sunday closest to August 21 i.e. the day when a large transport of Roma left from Hodonin to Auschwitz II.

One of the wooden barracks is the only part of the camp which has remained to this day. Until recently (1989-2009), in a separate area of the former camp, there was a “Rekreační zařízení Žalov” (recreation centre), owned by a private individual.

In 2012, the new owner of the area, the National Pedagogical Museum and Library named after J. A. Komenski in Pilsen began efforts to “rebuild” the camp as a memorial. Richard Pozdníček, a student of the Faculty of Architecture at the Prague University of Technology, won the competition for the architectural design related to this initiative. His design included the use of existing structures, e.g. a swimming pool, to build the museum. One of the unique ideas suggested by Richard Pozdníček is placing 1396 high metal posts in the camp. The posts are to symbolise the number of prisoners of the camp, although they may give one the impression of an unfinished fence. In the museum – memorial site you will be able to see prison barracks (the original one as well as the other, reconstructed ones). There will also be a permanent exhibition Tábor Hodonín u Kunštátu. Průsečík tragických osudů 1940–1950. Střední Evropa, developed in cooperation with architect Jaroslav Obst. The opening of the museum in Hodonin is planned for 2017.