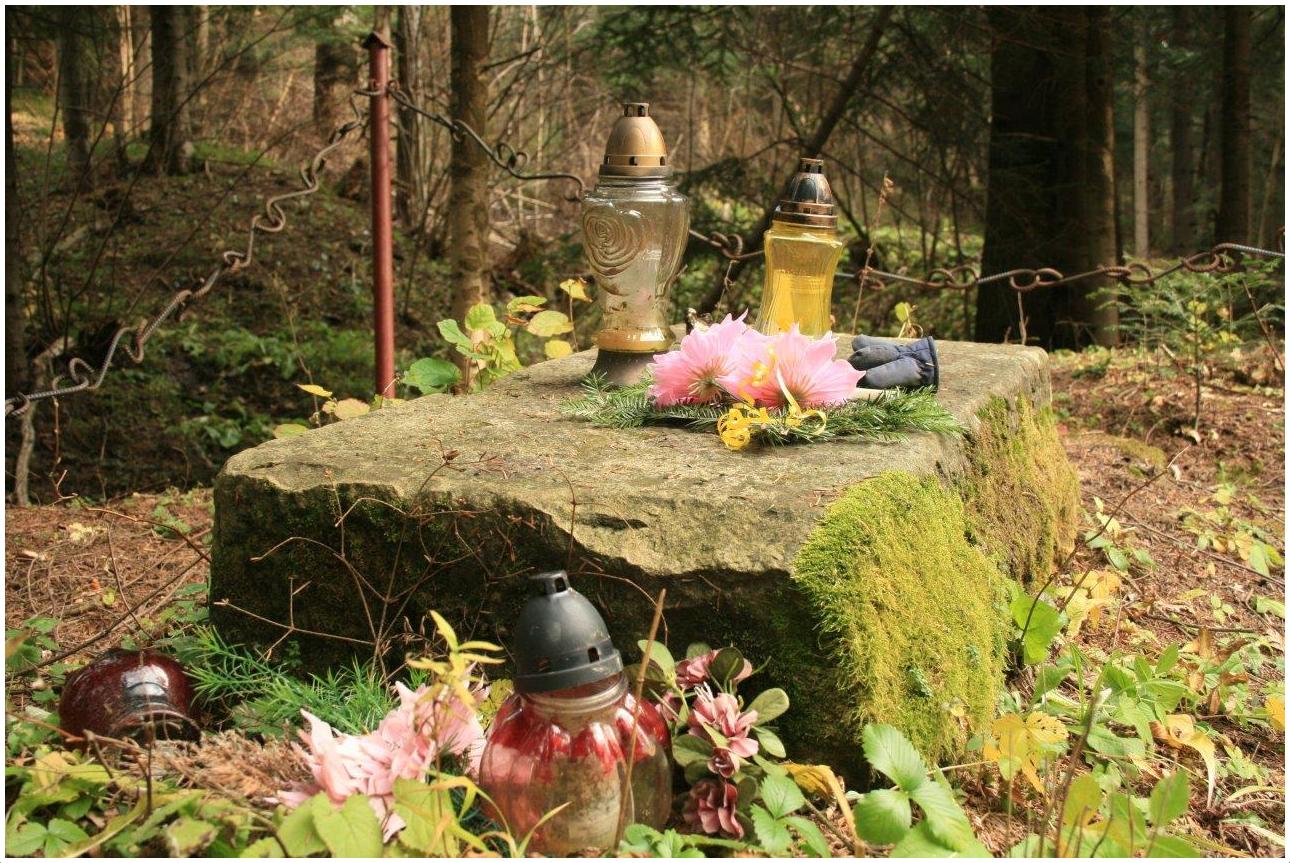 In the years 1942-1943, at least several groups of Gypsies were murdered by the Germans near Komańcza, including locations in Komańcza, Kulaszno, Niebieszczany, Rzepedź, Szczawno (where 37 people were murdered in autumn 1941 in the bend of the Osława River), Zagórz, Zasław, Wielopole, Lutowiska and others. Some of the victims, initially buried in places of execution  (e.g. those in Zagórz and Wielopole), were exhumed after the war and transferred to the mass grave of the victims of German Nazi policy at the Central Cemetery in Sanok. Others, like the victims of the Zasław camp – were buried in mass pit graves. Still others, e.g. families living in remote villages, were executed in areas of the forest located far away from the places where they lived and they have remained buried there until the present day. Some places of burial were forgotten, others – as in Komańcza – are remembered to this day.

Before World War II, apart from Jews and Lemkos, in Komańcza itself there were more than 60 Gypsies, integrated with the local population. They were mostly musicians and wrought ironworkers. They lived on one street but were not isolated from the rest of the community.

Half of them (26 or 28 people) were shot in the Piwny stream valley in August 1943 and buried in the same place. All the elders, women and children were murdered at that time, as the men were working outside the village.

Near a forest path (also as Stop no. 16 along the Nature and historical Path around Komańcza) on the outskirts of Komańcza towards Prełuki, there is a small grave on which a pre-hewn stone was laid (similar to a prefabricate intended for matzevot), surrounded by hand-formed steel chain.

Interesting attributes have been left on the grave for years: children’s gloves, a plastic teddy bear, an animal bone, a small star and a rusted and bent, forged nail. From time to time long church votive candles, memorial candles and artificial flowers are left at this memorial site too.

There are no inscriptions on the grave, but there is an information board nearby explaining the history of Gypsies in Komańcza and the surrounding area. The board also features an interesting photograph of the folk dancing and singing group Lemko-Roma (ЛЕМКО-РОМА).