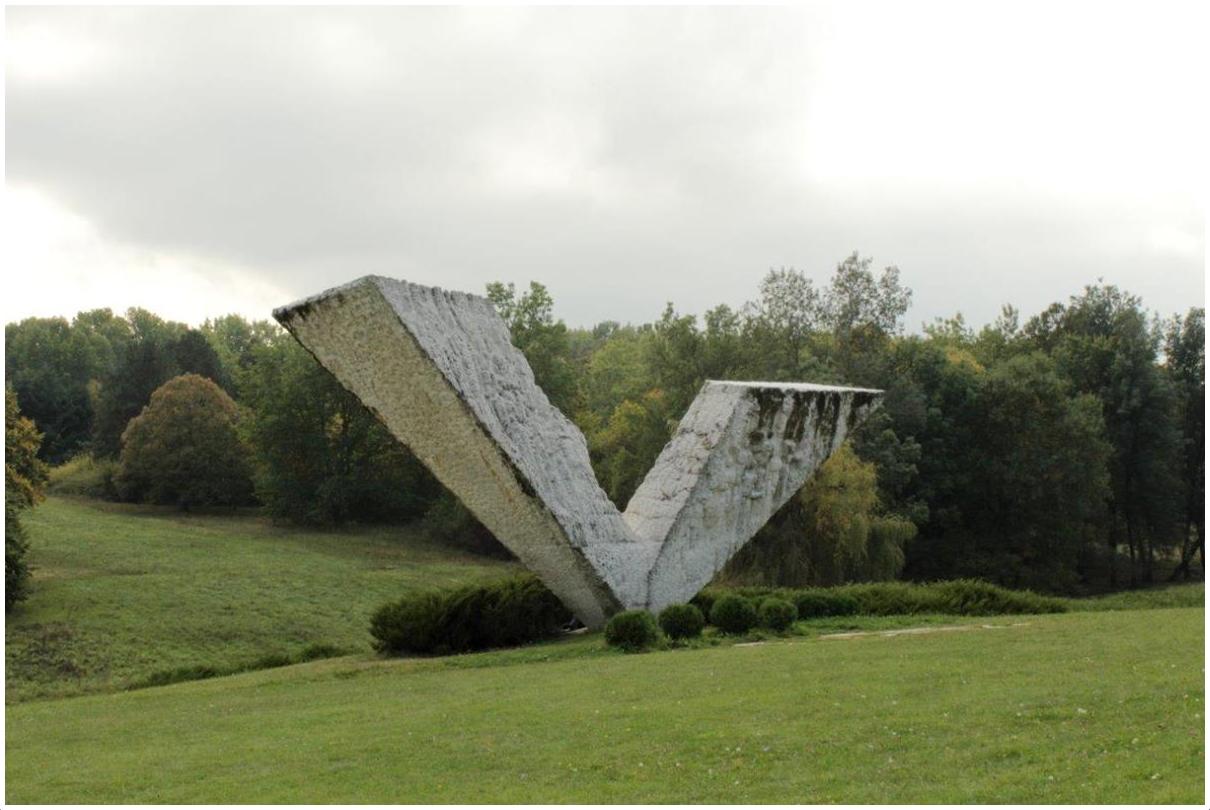 The general commandant of Serbia, Franz Böhme, as part of the German ordinance announced on October 10, 1941 that every civilian would be “punished” for attacking German soldiers. From now on, 100 civilians were to be killed for killing one German, for wounding one – 50. In mid-October 1941, partisan units attacked a German battalion stationed near Kragujevac. They killed 10 soldiers and wounded another 26. To comply with Böhme’s order to kill 2,300 civilians, Wehrmacht soldiers began arresting Serbian men. They also broke into schools and captured students and teachers. Approx. 3000 detainees were gathered in the courtyard of the barracks. On the morning of October 21, Germans started shooting at boys and men on the outskirts of the city and stopped only when the number of victims reached 2,300. Around 2,000 inhabitants of Kragujevac and around 200 Roma were murdered on that day. Among the victims there were many boys between 12 and 18 years old.

On the premises of the memorial complex ‘Kragujewacki October’ (‘Kragujevački Oktobar’) ZOBACZ there is the ‘Museum of February 12’ (Музеј “21. октобар”), because it was on February 12, 1942 that the mass escape of prisoners from the Crveni Krst concentration camp took place. Of the 147 prisoners who tried to escape – 105 succeeded, but as many as 82 of them died on the way. In response to this event, the Germans carried out a mass execution in the same month, on the hill of Bubanj. All Jews and many Roma were killed then.

The permanent exhibition contains photographs of men and boys who died in Kragujevac. They are not signed as Roma, but it can be said with high probability that they are – judging by the names, professions or functions and the anthropological type.