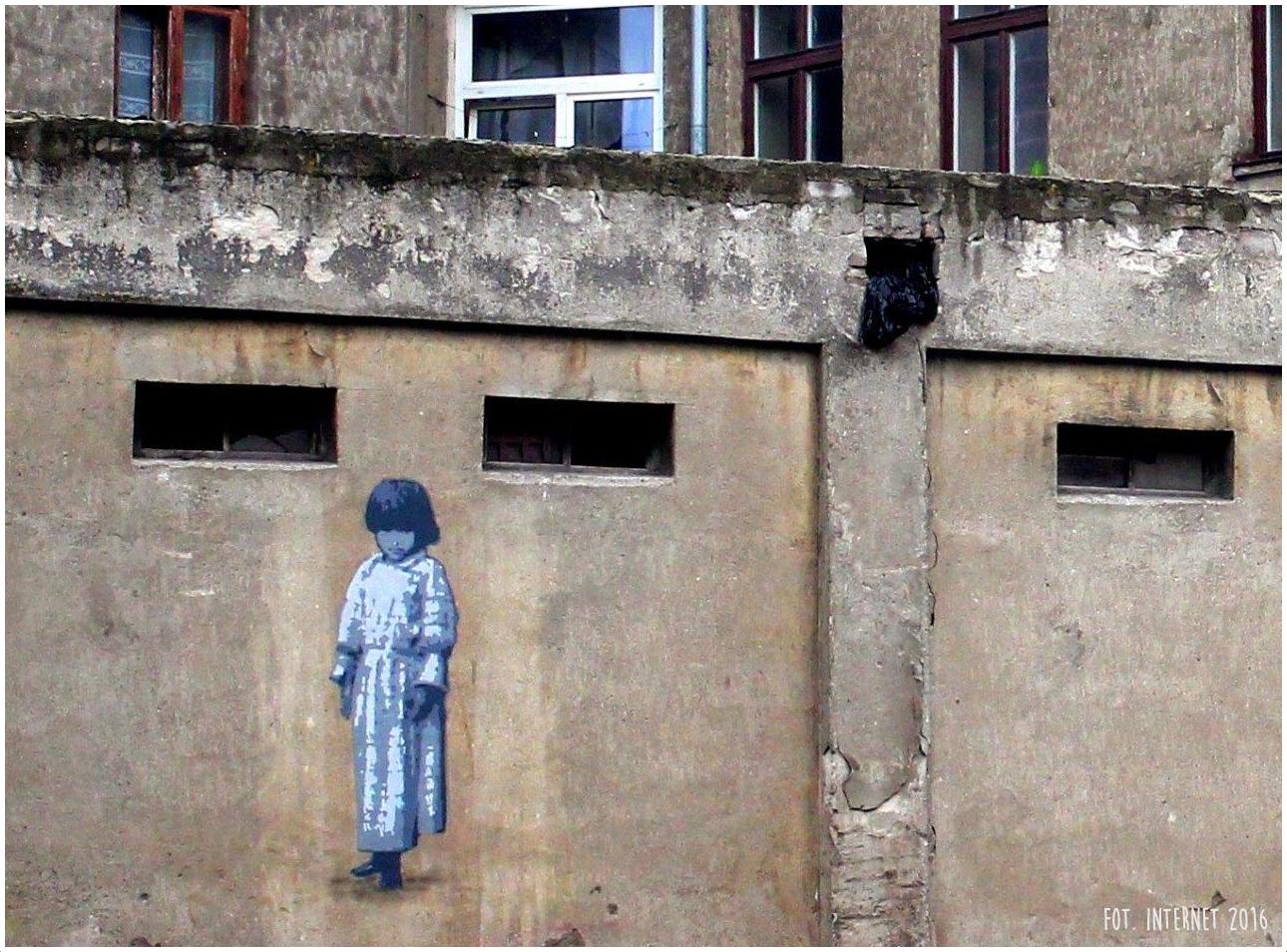 (Source of this description: dziecibalut.pl):

In 1939, German troops entered Łódź and brought their order. On February 8, 1940, a ghetto for Jews was created in part of Bałuty (a district of Łódź) and Poles were banished from this area. The fence was closed on April 30 and there was no rescue, either for Jews from Poland, Germany, Austria, the Czech Republic or the Gypsies, for whom a special Gypsy Camp (“Zigeunerlager Litzmannstadt”) was created at Bracka Street.

Many children were imprisoned in the ghetto. On September 5, 1942, the Germans issued a ban on leaving their homes and started their hunt. By September 12, they deported 15,681 people considered “useless” – the sick and the old, as well as almost all children under the age of ten. They were taken to the camp in Kulmhof (Chełm nad Nerem) and murdered. The action has become known as “Allgemeine Gehsperre” (The Great Shpera). In August 1944, the remaining inhabitants of the Litzmannstadt Ghetto shared the fate of the victims of the “Great Shpera” and they were taken to Auschwitz.

There was another camp in the ghetto. It was called “Polen-Jugendverwahrlage der Sicherheitspolizei in Litzmannstadt”, which means – “Security Police Educational camp for young Poles in Łódź”, and Polish children and youth aged 6 to 16 were imprisoned there. Children – orphans from parents killed in the war, as well as those caught on illegal street trade, smuggling, vagrancy, theft… In the file concerning one of the inmates it was written: ”Together with other children he steals fruit from gardens, especially those belonging to German citizens; the mother does not care about him, the father is dead “…

5,000 to 10,000 children passed through the camp. Fewer than a thousand of them survived until the liberation.

In 2014, murals presenting children of the ghetto were created in the area of the former Łódź ghetto, in the district of Bałuty. The project was called “Children of the Baluty. Murals of Remembrance” and was organised by Stowarzyszenie Na Codzień i Od Święta and the Museum of Polish History. Since then both organisations have been continuing this educational project aimed at bringing the history of the Łódź ghetto and children who constituted a significant part of its inhabitants. During the second edition of the project two murals depicting Gypsy children (a girl and a boy) were created at Al. Wojska Polskiego 82.