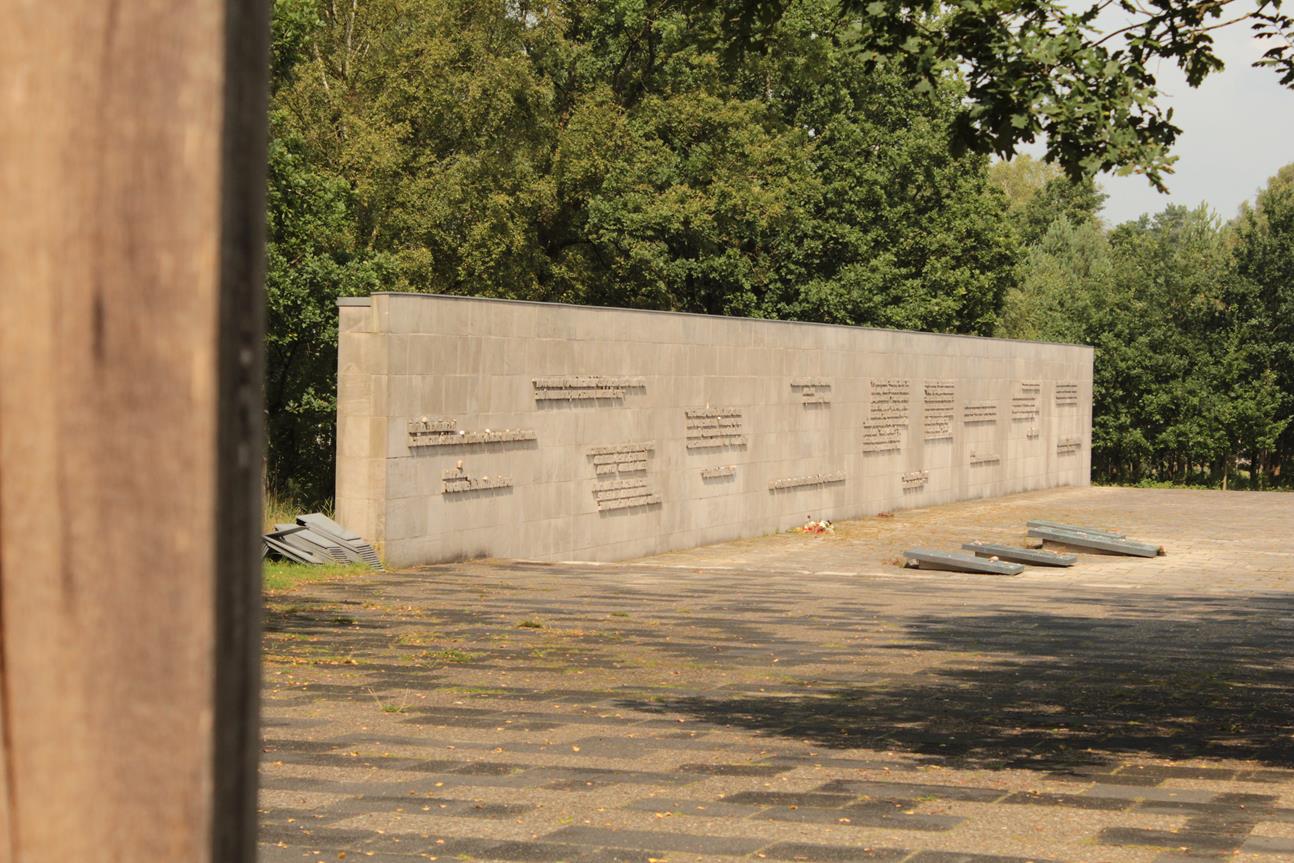 The preparations for erecting the main memorial began in 1947 and involved the construction of an obelisk-chimney-stack and a wall standing in front of it with clear inscriptions extending beyond the surface of the wall in various languages. A universal inscription that would commemorate all the victims of the camp was in Latin. The inscription dedicated to the Gypsies was not added until 1981 or 1982, when Germany officially recognised the genocide of the Roma and Sinti as a mass, “systemic” as we say today – crime of National Socialists. A bronze plaque set in the pavement between the wall and the obelisk was added in 1999. It is worth noting that both forms of commemoration have inscriptions only in German.

Following the main route from the entrance to the camp, passing the Polish cross, we come to the main memorial in KL Bergen-Belsen, i.e. the characteristic obelisk, which symbolises the crematorium chimney stack. On its left there is a wall with inscriptions in various languages, including German, Hebrew, Polish, English and others. One of the inscriptions (in German) mentions the Sinti.

There are four bronze plaques in front of the wall. The third from the left is dedicated to several communities, quite often treated collectively and commemorated as “other groups” placed in concentration camps by the Germans. Especially before these communities decided to build some part of identity and solidarity on the basis of the Holocaust as a systemic and connecting factor.

Thus, the plaque lists in turn: political opponents of national socialism, Jews, Sinti and Roma, Jehovah’s Witnesses, homosexuals, victims of the destroyed law, soldiers … The inscription is in German only.

In deep sadness and reverence, we commemorate the Sinti (Gypsies), victims of our nation. By their violent death they are a vivid example that we must resist evil.