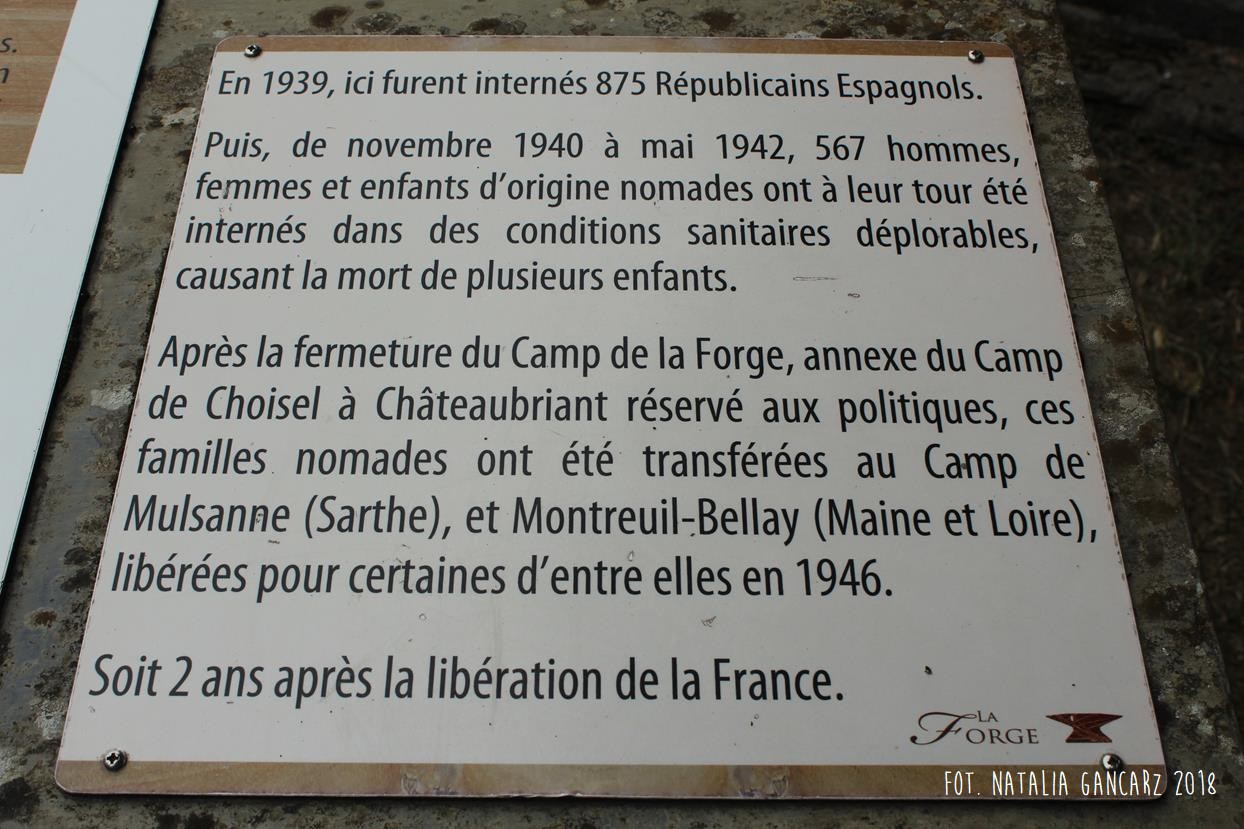 Moisdon-la-Rivière is a fortified craft settlement including a mill and a forge. In 1939, 45 Gypsies (Romanichel) from Sainte Barbe in Croisic and Russs Blancs, and about 20 men and 50 women with children from Saint Nazaire were sent to the Moisdon-la-Rivière internment camp. In November 1940, about a month after the settlement was taken over by the authorities, 116 nomads arrived from Pontivy and stopped nearby. 32 men, 28 women and 56 children were also transported to Moisdon. The families lived in wagons (over a dozen people in each wagon) or in an unheated granary.

In March 1941, the 335 nomads were transferred to the Choisel camp, from where 339 people returned to Moidson later. The conditions were very poor, the internees suffered mainly from cold, moisture and mud. However, they still played music…

No commemoration yet – it is planned to put up a memorial plaque. Each year on April 13 there are commemorative meetings.

Lacation of the information board: