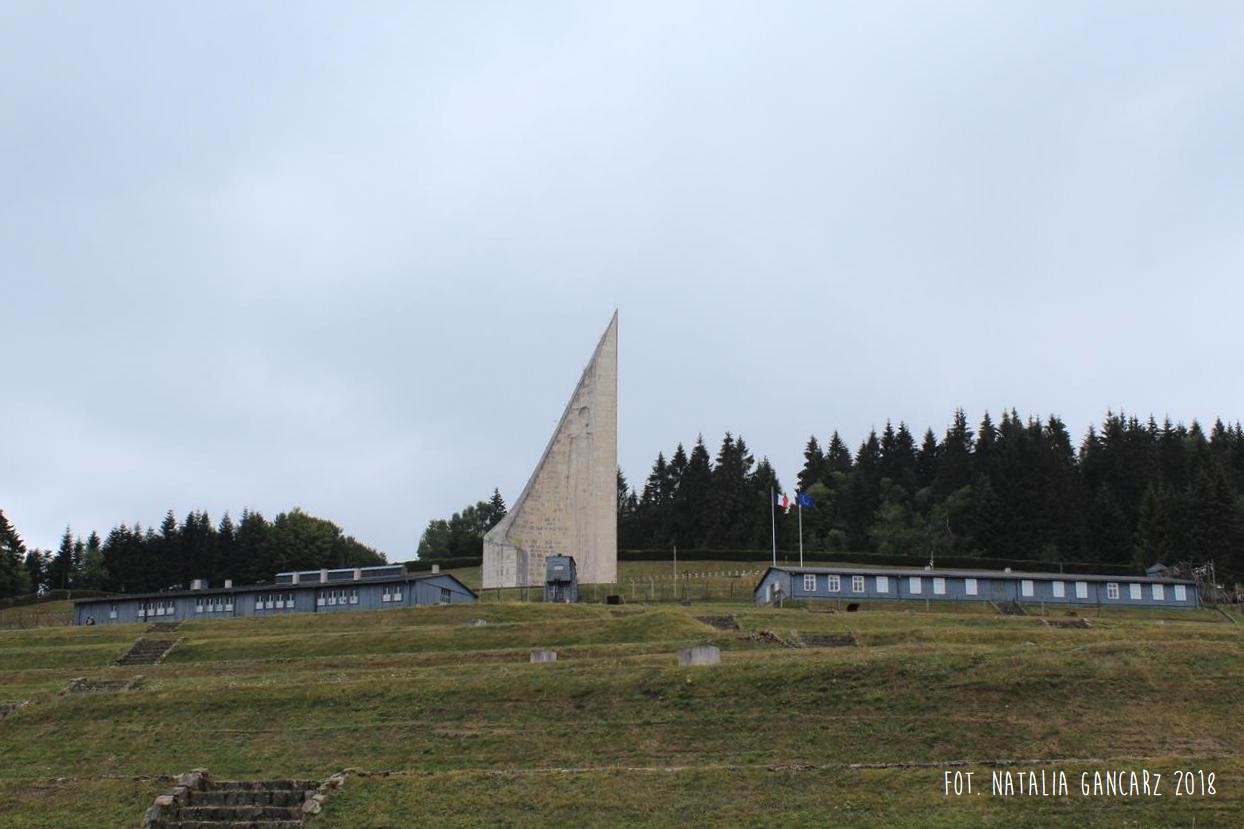 Natzweiler-Struthof was the only permanent German concentration camp established in France. There were many temporary camps, with the aim o isolating groups of people (e.g. Roma) before deportations, but the one located close to the French village of Natzwiller (German: Natzweiler) was in fact a camp very similar to those existing in other occupied countries. It operated from May 21, 1941 until its liberation by the US Army on November 23, 1944.

Approximately 52,000 people were imprisoned here. Nearly 22,000 prisoners died from exhaustion, malnutrition, disease or were murdered by beating or during executions. The interned came from 32 nationalities, including France, Poland, Germany, the Netherlands, Slovenia, Norway, the Soviet Union, etc. The camp was created primarily for a special category of NN prisoners (from the German secret decree ‘Nacht und Nebel’, i.e. ‘Night and Fog’, see https://pl.wikipedia.org/wiki/Nacht_und_Nebel https://en.wikipedia.org/wiki/Nacht_und_Nebel). They were members of the resistance movement, against whom even more cruel methods were often used in comparison with other prisoners: they were assigned the hardest work, given smaller food rations, and their families – regardless of whether they were alive or dead – were denied any information about them.

In 1942, in the Natzweiler-Struthof camp studies began on the reaction of human bodies to various corrosive substances, gases and vaccines.

One of the most famous facts related to the Natzweiler-Struthof camp is the one associated with the person of August Hirt, one of the camp doctors, who created his own collection of Jewish skeletons (at the University of the Reich in Strasbourg, 30 km away). He also supplied anatomical institutes with various samples and human exhibits. To create the collection, his assistants chose 89 Jews in KL Auschwitz (60 men and 29 women), who were kept in isolation and fed better food for several weeks. Three men did not survive the transport to Struthof. On arrival, after measurements were taken, they were gassed and their bodies were sent for dissection. For many years, only one victim, Menachem Teffal, from Poland, was identified. Finally the identification of all prisoners was completed, and in 2005 they were commemorated with plaques located in the gas chamber building, at the Jewish cemetery in Strasbourg-Cronenberg and on the wall of the Institute of Anatomy of the University of Strasbourg. However, on July 9, 2015, doctor Raphael Toledano discovered the remains of victims of Hirt’s experiments in the warehouse of the Institute of Forensic Medicine. They were buried on September 6, 2015 at the Cronenberg cemetery.

In 1960, a museum was created on the site of the former Natzweiler-Struthof camp. Five years later, an exhibition was opened in one of the surviving barracks, but in 1976 a fire destroyed almost all exhibits. In the second half of the 1970s,  the museum witnessed several acts of vandalism. Another exhibition was created in 1980. Currently, the museum has a new building made of concrete. It houses a permanent exhibition devoted to the history of the camp. The barracks at the camp also contain exhibitions, including an exhibition related to medical experiments.

The camp was located on a mountain slope. According to Martin Winstone: “The camp is relatively small, and the scenery surrounding it, perversely charming” (M. Winstone, “Holocaust Places in Europe”, Bellona, Warsaw 2017, p. 46.).

At the exhibitions on the museum grounds the Roma are mentioned only a few times and actually only when reporting statistics: on information boards about the size of the camp and groups of prisoners (Roma constitute 0.6% of all internees, a further 1.3% are those described as ”anti-social”).

One of the information boards features a copy of the chart, showing the state of the camp as of August 31, 1944 and September 30, 1944. From 92 Roma which were interned here at the end of August their number decreased to 77 by the end of September. Of these, 14 were deported to another camp and one escaped. During this one month, no Roma person died or was killed.