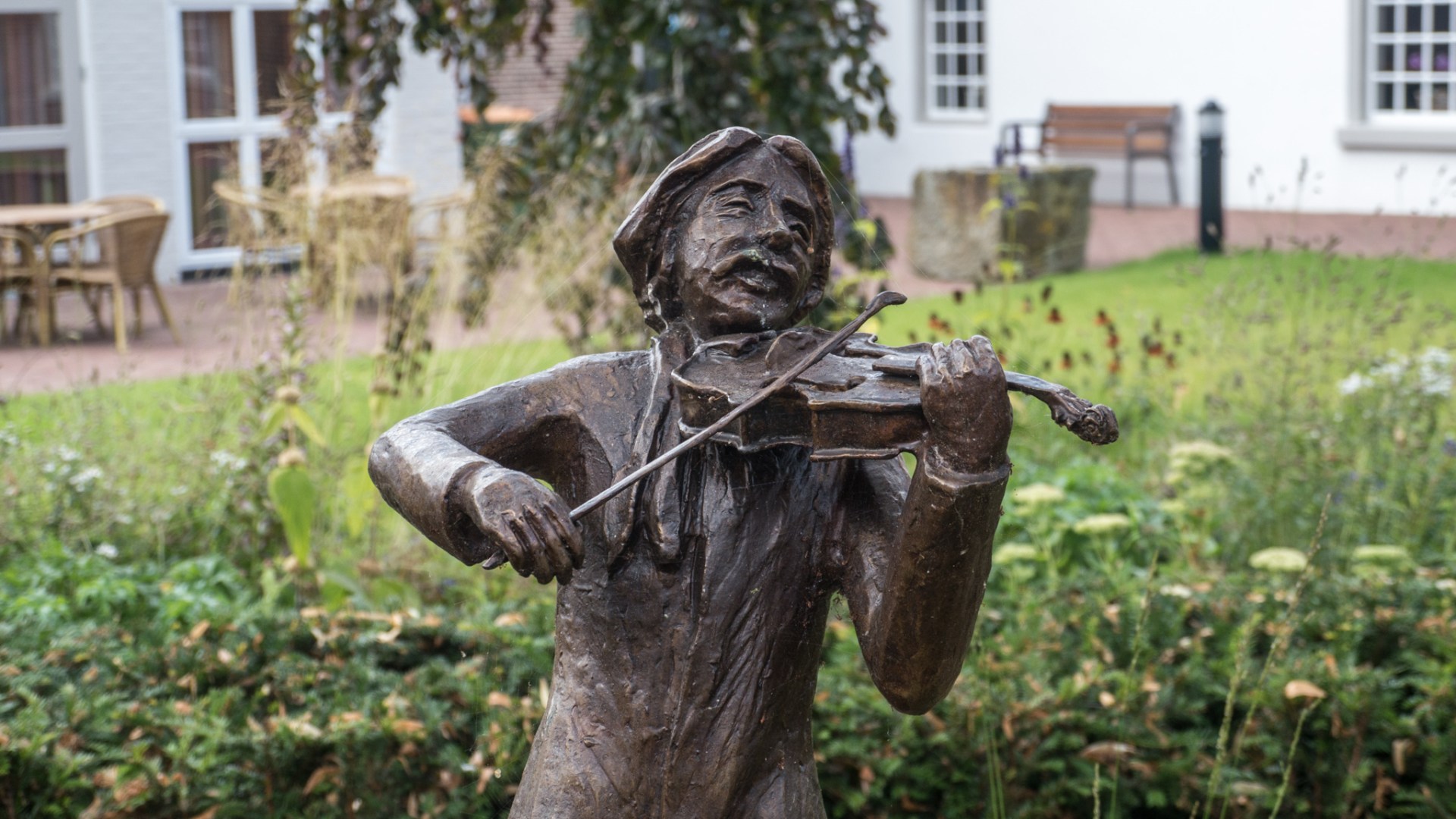 At the Poortstraat street in Oldenzaal, there was a Sinti family named Weiss. Six of its members were deported during a nationwide raid against the Gypsies on the night of May 15-16, 1944. Jeanne Brasse Weiss escaped deportation with her mother, who sensed danger and the day before (!) left with her daughter to the west of the country, where they remained in hiding until the end of the war.

That day, six Gypsies from the Weiss family and three people from the Braun family were deported from Oldenzaal.

Heli Weiss (grandfather), his daughter Memmie Weiss, his second daughter Maten Weiss with her husband Pollo Weiss, their son Kalo Weiss and his cousin Karl-Willi “Jongen” Weiss (Jeanne Brasse Weiss’ brother, who was 16 during the raid) were all taken to Westerbork. The three Brauns were released from the Westerbork camp as they only lived with the Gypsies, but they were neither Sinti nor Roma. The six members of the Weiss family were eventually transported to Auschwitz.

The memorial is a bronze sculpture mounted on a pedestal made of natural, beautifully coloured sandstone, polished only at the top, where the sculpture is embedded. The cast depicts a Gypsy violinist who plays his instrument standing behind an unusual wagon wheel. The left half of the wheel is solid, resembling a crescent (?), while the right half  is part of an ordinary wooden wheel from a Gypsy wagon. Instead of the wheel hub, there is, however, an (all seeing?) Eye and above it – a crucifix in the place of one of the spokes.

Memorial Park at the Town Hall