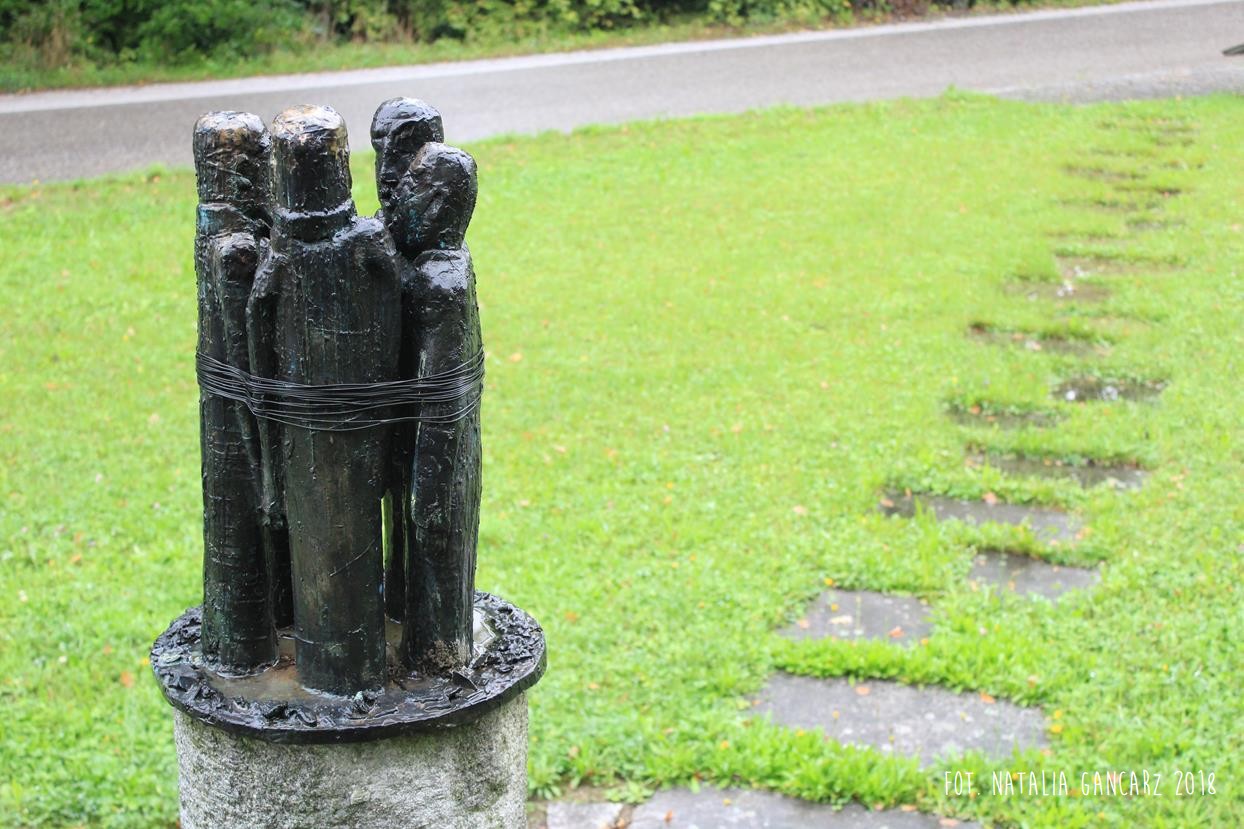 In the town of Sankt Pantaleon in Upper Austria there was a labour camp (July 5, 1940 – January 7, 1941) and a Gypsy camp (January 19, 1941 – November 4, 1941). Pantaleon-Weyer (Arbeitserziehungs- und Zigeuneranhaltelager St. Pantaleon-Weyer). The camp limits included just one building, a warehouse which belonged to the innkeeper Geratsdorfer. Those who were accused of avoiding work, criminals and the so-called antisocial element carried out drainage and regulatory work under supervision. Initially this group of prisoners did not include Gypsies. At the turn of 1940 and 1941, the camp doctor Alois Staufer reported to the District Court a case of the Weyer camp, in which, according to him, minors were forced to work, prisoners were treated with violence, and there were also cases of killings. By the order of the Ministry of Justice, the labour camp was closed, but the already-existing infrastructure was soon used as a place of isolation for over 350 Sinti and a small group of Austrian Roma who were to continue the drainage works and other types of hard labour, despite the fact that most of the prisoners were women and children

The camp staff consisted of gendarmerie and ten police reservists. A criminal police officer from Linz, and the head of SA – Sturmführer Gottfried Hamberger was appointed as the camp commander.

Among the causes of death of children and the elderly, the camp doctor of the time noted reasons like “the weakening of life”, “heart breakdown”, “degeneration of the heart muscle”.

On November 4, 1941, the camp was closed and the prisoners were transported to Lackenbach in Burgenland, from where they were transferred to the Łódź (Litzmannstadt) Ghetto and to the Kulmhof extermination camp in Chełmno nad Nerem (Kulmhof an der Nehr).

The People’s Court, operating after the war in Austria, convicted the staff of many camps, including the one in St. Pantaleon-Weyer, but no mention was made that they had been functionaries in a camp for the Gypsies. The sentences ranged from 15 months to 15 years, but as early as April 1955, on the 10th anniversary of the Second Republic, the authorities and staff of the camps were released from prisons due to the amnesty.

A monument dedicated to the prisoners and victims of the Sankt Pantaleon-Weyer camp was erected in the place where the detention facility had been located, on the outskirts of the town, just next to the street sign with the name of the neighbouring town of Moosach.

On a small meadow, there is a round, paved spot with a centrally placed stone pillar. On the pillar, above the line of sight, there is a brass cast sculpture of five male figures of different height, facing one another in a circle. The characters are tied to each other by a bundle of wires, placed outside the circle, approximately at the height of the belt of the figures presented.

On the pillar, below the sculpture, there is also a plaque (also brass cast) with an inscription in German.

The central pillar is surrounded by three benches made of slabs of stone. In front of the pillar there is a stone pot.

In 2010, in Weyer (Haigermoos commune) Gunter Demnig also placed stolpersteines dedicated to prisoners of the St. Pantaleon-Weyer camp. Of the eight stolpersteines, six are dedicated to children who were born and/or died in this camp.

We remember the victims of the Weyer camp 1940-41. Never again! St. Pantaleon Commune

The camp in St. Pantaleon-Weyer was in operation from June 1940 to November 1941. Initially a correctional labour camp, it then became a Reichsgau Oberdonau Camp for the Gypsies. The interned men were forced to perform cleaning and construction works in Moosach. An unknown number of people were tortured here (eight cases were confirmed). After the liquidation of the camp, over 300 Gypsies from Upper Austria were deported to the Łódź (Litzmannstadt) Ghetto, where they were murdered [actually they were murdered in the Kulmhof extermination camp in Chełmno nad Nerem – ed. NG].

The Parisch of St. Pantaleon