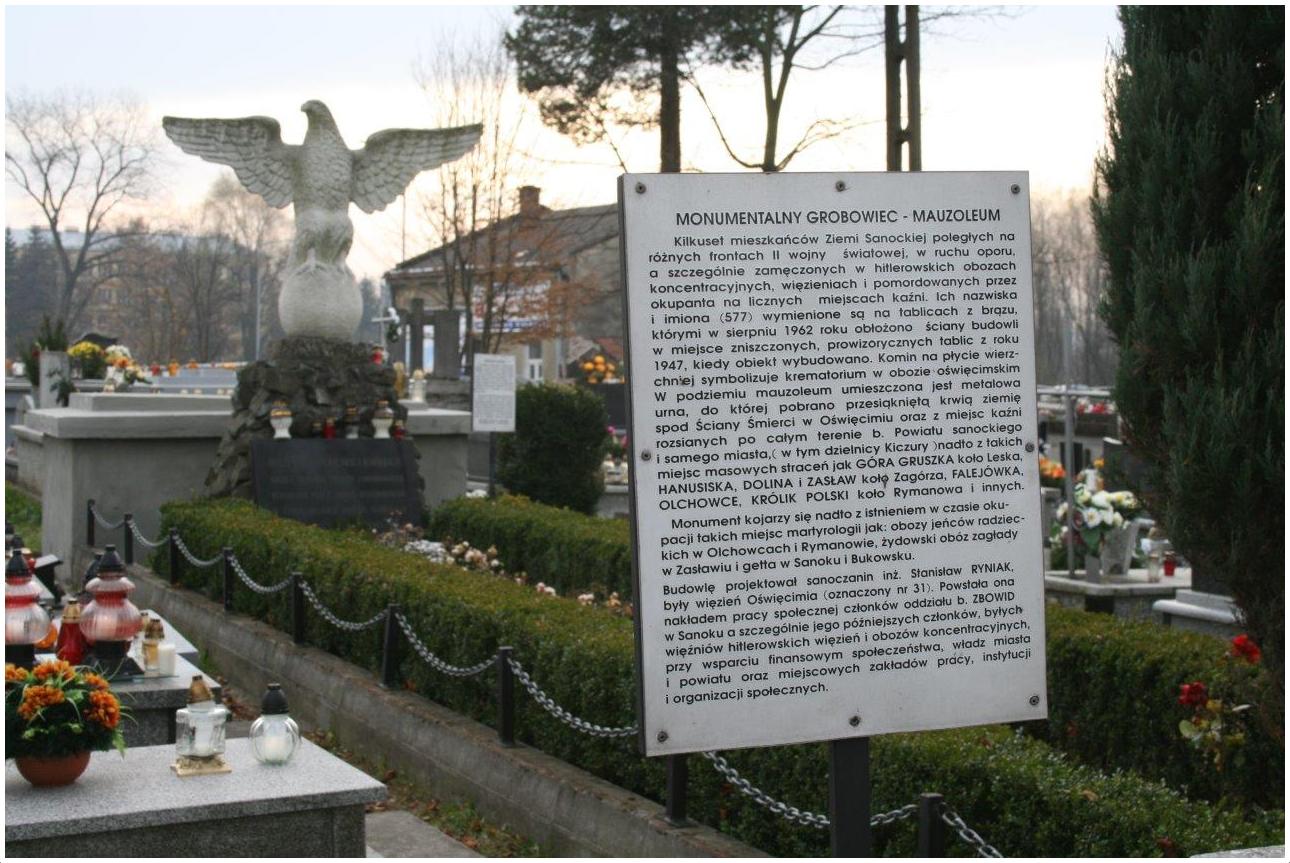 In front of the mass grave there is an information board which presents the character of this memorial, called the Monumental Tomb – Mausoleum.

At the top of the grave, an impressive eagle with its wings spread is sitting on the globe. The eagle and its seat rest on a “mound” of stones. The tomb is narrow and long, reminiscent of a long pit, a ditch in which the Germans, sometimes with the hands of Poles, buried victims of executions. The bodies buried in the grave include victims exhumed from various parts of the region, including Gypsies from Wielopole (today a district of Zagórze). A low boxwood hedge grows on the grave. The shape is formed by a concrete rim with embedded posts and chains. In front of the grave, there is a tomb-mausoleum, whose form refers to the building of the crematorium in Auschwitz (a chimney stack). The mausoleum contains ashes and soil from places of martyrdom (mass execution, labour camps, prisoners-of-war camps etc.), located both nearby, like Góra Gruszka near Lesko, Hanusiska, Dolina (Zahutyń) and Zasław near Zagórz, Falejówka, Olchowce, and Królik Polski (Wołoski) near Rymanów and others. On the main part of the mausoleum, on the sides of the tomb there are the names of the identified victims. There are no names of Gypsies among them. There is also no information about the remains of the Gypsies in the mausoleum.