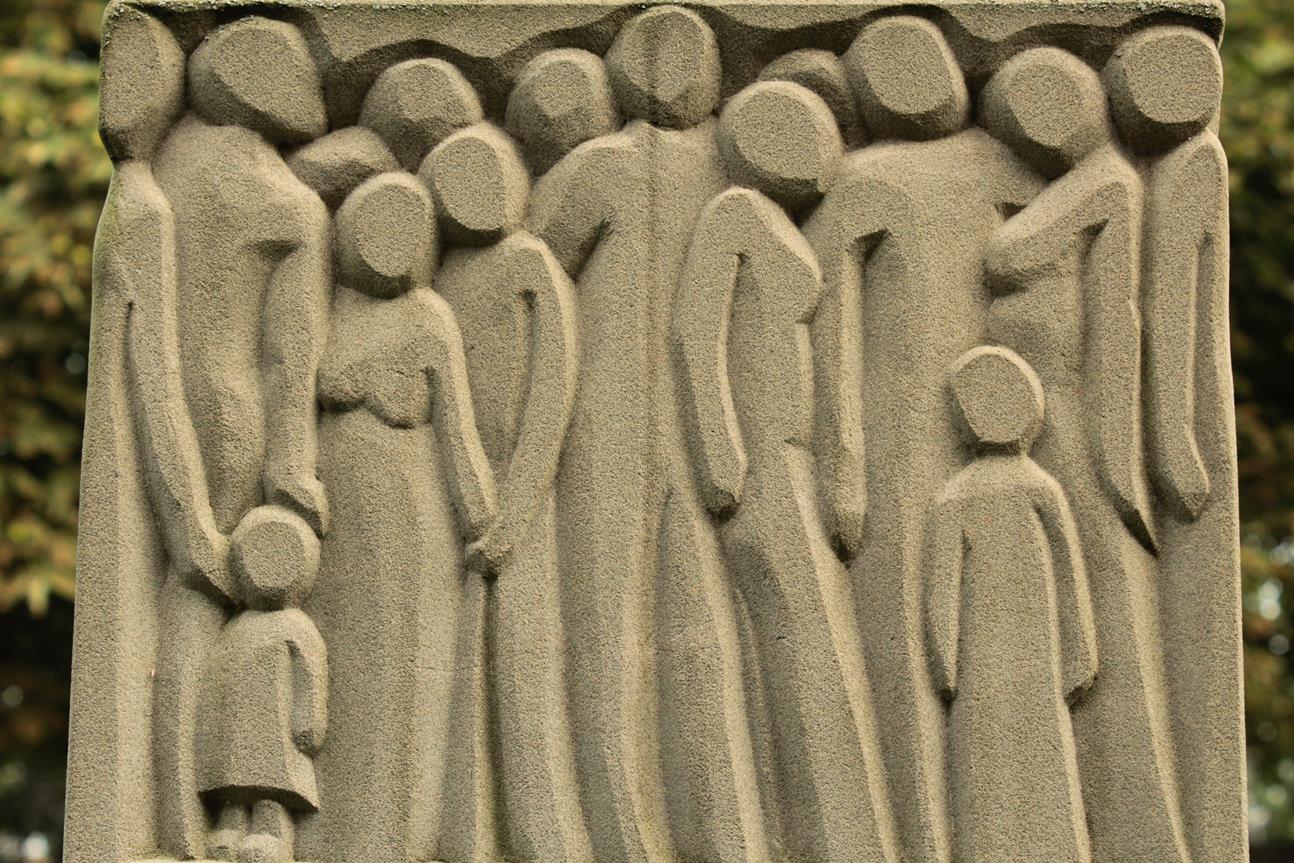 We know the names of only three Sinti women who were deported from Schweinfurt: Anna Mettbach (née Kreuz) – https://de.wikipedia.org/wiki/Anna_Mettbach  – see also: Flossenbürg (exhibition), Rosa Kreuz and Adelgunde Winter. Rosa Kreuz (born April 11, 1924) was sent to Ravensbrück and then to Zigeunerlager in Birkenau, where she died. Adelgunde Winter (born on September 17, 1920) lived in Schweinfurt until May 1942, and on April 13, 1943 she was murdered in Auschwitz-Birkenau. Anna Mettbach (born January 26, 1926) was deported to Auschwitz as a 16-year-old girl, and two years later, in August 1944 – she was sent to KL Ravensbrück, where she worked at Siemens factories, and some time later to Wolkenburg, a satellite camp KL Flossenbürg, where she worked for Opta Radio. In mid-April 1945, the camp was liquidated due to the fears of the approaching Allied Army, and 372 women, mostly Gypsies, were sent on a death march to the Dachau camp. 116 women out of this group survived, including Anna. After the war, she married Ignatz Mettbach of Gießen, a survivor from the Buchenwald camp, but she did not say much about the war. She became active after the attack on Turkish homes in Mölln in 1992. Since then, she became famous as a writer and as an activist for those who are unable to defend themselves against racism. In 2012, she was awarded the German Cross of Merit for her activities. She died on November 23, 2015.

The guests at the unveiling ceremony included sister Anna Mettbach – Klara Reinhardt, who avoided deportation and had lived in Schweinfurt until that time.

Apart from the fate of three women, the number of Gypsies inhabiting Schweinfurt before the war and the number of those deported from the town and killed remains unknown.

The memorial is located on a former cemetery, which was turned into a park and still contains some other memorials and cemetery remains, e.g. old headstones. Some of them are embedded in the original wall that separates the cemetery/park from the railway tracks, behind which the River Men flows. Currently the cemetery is a small tree-lined square between apartment blocks.

The Gypsy memorial is located in the northwestern corner of the park, near the music school building.

The memorial is a vertical stele made of white sandstone. At the top of each of the four sides, there is a bas-relief depicting a group of people: we can see outlines of women, men and children. Below the bas-relief, the stele is wrapped with four bands of stainless steel, in which an inscription in German was cut.

Unfortunately, to read the inscription one has to circle the stele several times.

‘In memory of the Sinti and Roma from Schweinfurt, who were killed during the National Socialist genocide in Auschwitz and other death camps.’

The Sinti and Roma Association, the Land of Bavaria

Park in the location of a former cemetery