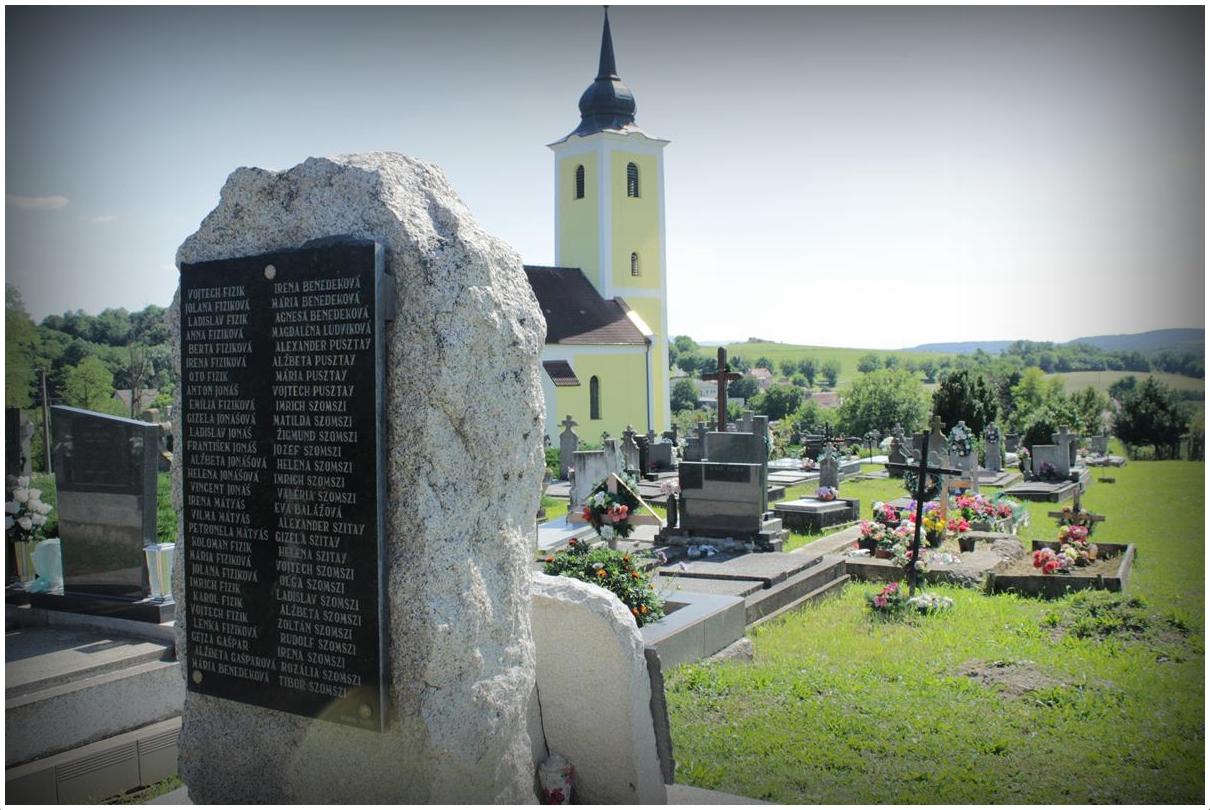 At the end of 1944, the fighting for the village of Slatina, which lay on the demarcation line, lasted for several days. On December 23 retreating German soldiers accused the Roma of stealing military property and shot all people gathered at the house of Koloman Fizik. Then they locked the remaining Roma in the house and they threw grenades inside. Those who tried to escape from the burning house were shot. A total of 56 people were killed on that day, half of them children. Three people survived: Gizela Morvavá, Margita Ďurčiková and Elemír Baláž. The victims were buried in a collective, marked grave at the local parish cemetery.

During the Ma bisteren! project, a plaque with the names of the victims was added to the memorial tombstone.