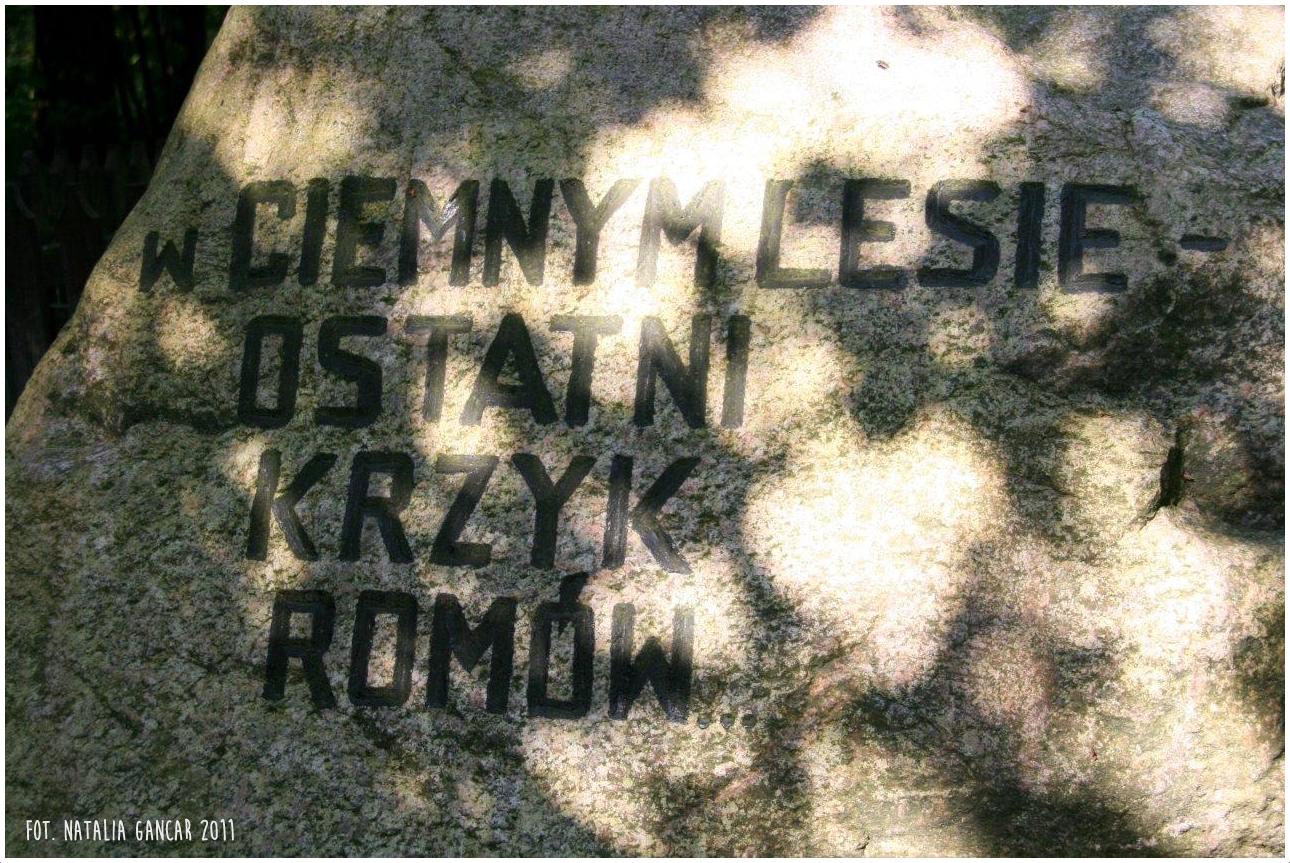 On October 8, 1944, the Germans shot a group of about a hundred Roma, among whom there were many children, in the Na Duchowiźnie forest near Zakroczym (today within the city limits). They were buried in a mass grave, but soon the bodies were excavated and burned to destroy the traces of the crime. The names of some of the murdered are known (Stefan Zieliński, 26, and Bronisław Majewski, 32), indicating that they were Roma from the Polska Roma group.

Nearby there is an individual grave of a single Roma [unconfirmed information].

Form of commemoration: After the war, the grave was fenced and a cross was placed on it, with the inscription: Tomb of Gypsies murdered by the Germans in 1944. In autumn 2007, on the initiative of the mayor of Zakroczym and the well-known Romani artist Don Vasyl, there was a ceremony of unveiling a memorial – a boulder with an inscription was placed close to the grave.

IN A DARK FOREST / THE LAST SCREAM OF THE ROMA…