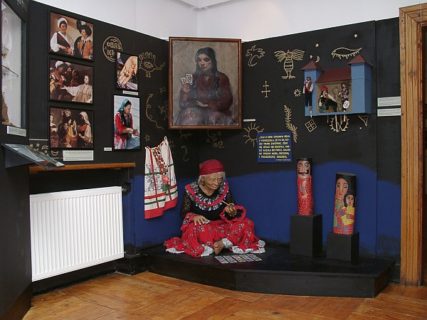 The Romani. History and Culture

This Romani collection was created in Tarnów in 1979 when a Romani-themed exhibition was organised here for the first time in Poland. Since that time, the Ethnographic Museum in Tarnów has had a department devoted to the history and culture of the Romani.

The present exhibition (in its original form) was opened in April 1990 on the occasion of the IV Romani Congress held in Serock near Warsaw and it is a permanent exhibition presenting the history and culture of the Romani in Poland in the context of their European history.

This exhibition is presented in an eighteenth-century manor and the seasonal, open-air part thereof consisting of caravans is organised in its backyard.