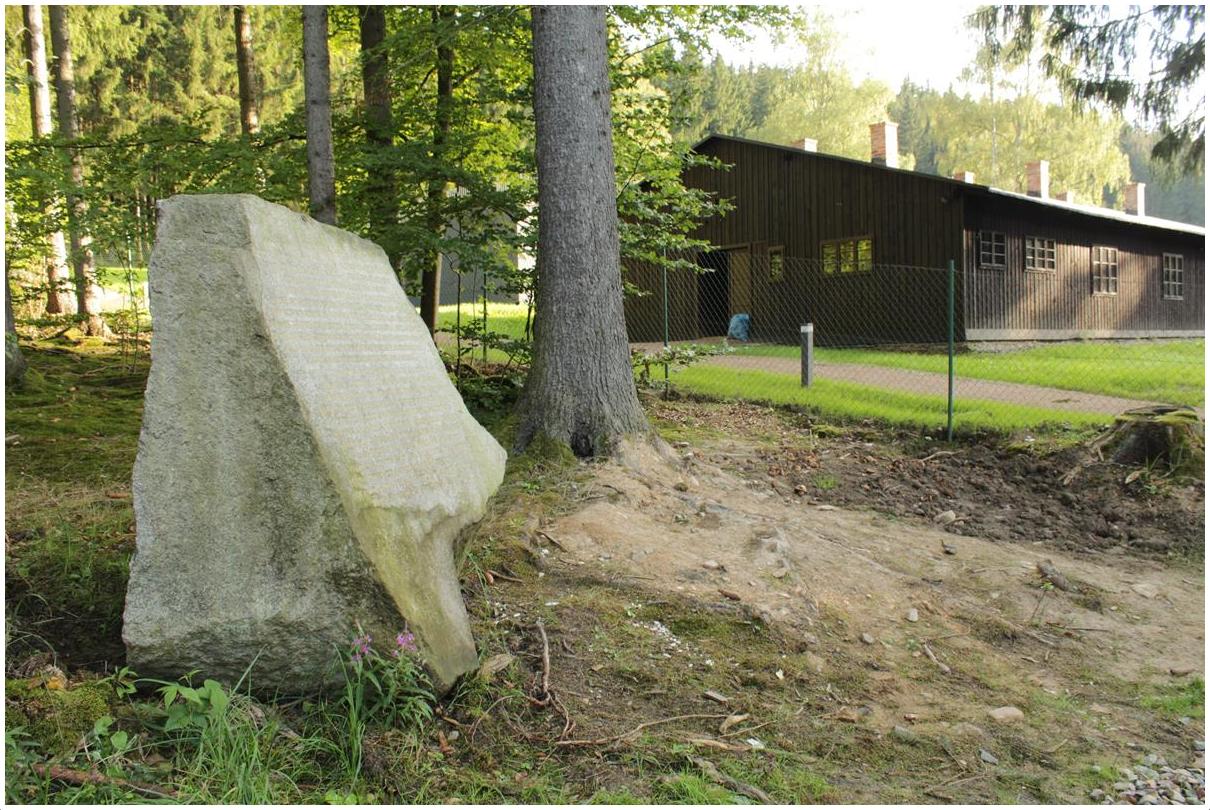 A memorial stone on the site of the former social rehabilitation and education camp for Gypsies Hodonin-Žalov.

In Romani and Czech

In this place in the years 1942–43 / there existed the so-called Gypsy camp, in which entire Roma families from Moravia were forcibly gathered and detained. / In total, 1396 Roma men, women and children passed through the camp, of which 207 did not survive the difficult conditions of internment. / Most of the victims were buried in mass graves / near the camp. The last prisoners / were deported to Auschwitz / death camps in several transports. In this way, / the destruction of the entire Moravian Roma community took place. The day especially memorable for this place / is the date of August 21, 1943, when the largest transport, consisting of 749 prisoners, was deported to Auschwitz II Birkenau.