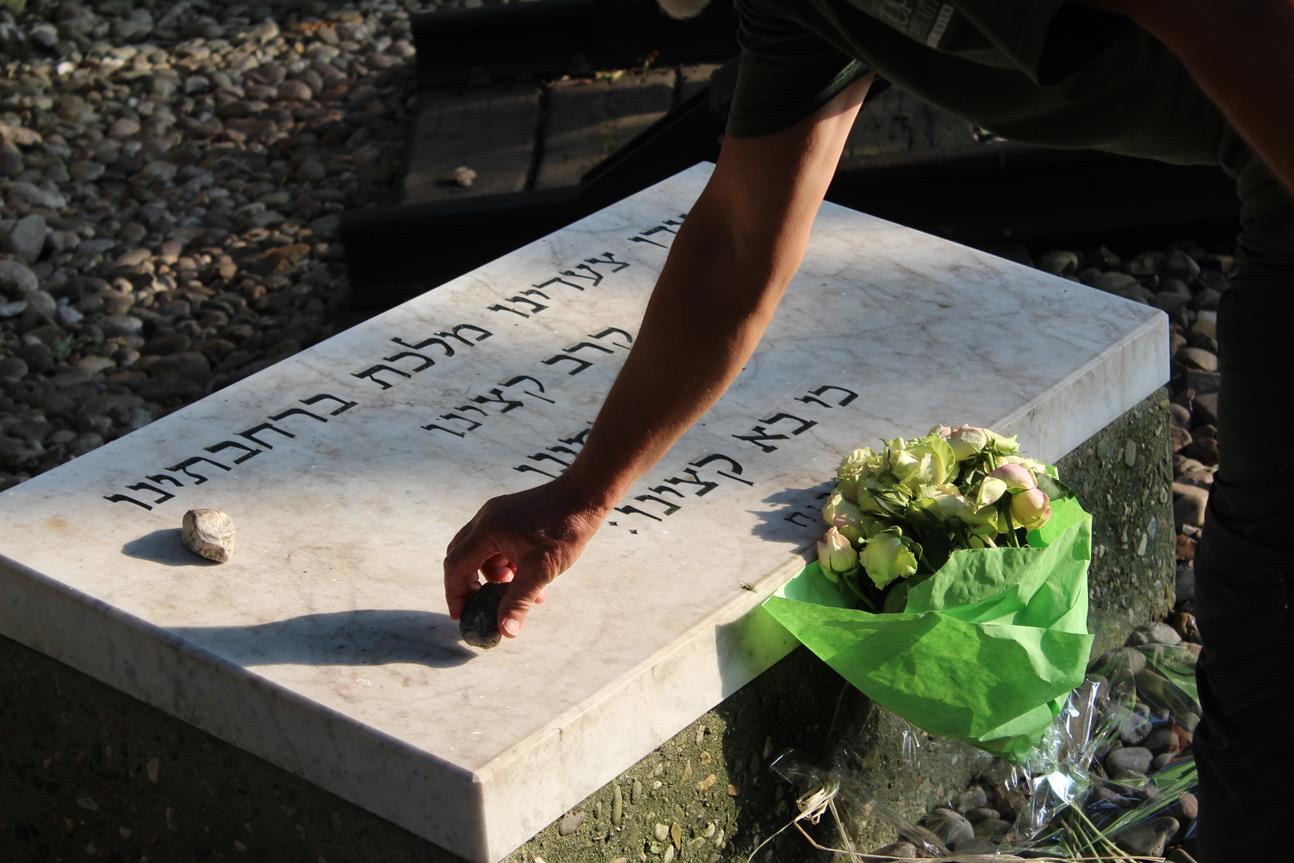 The Westerbork camp, located near the Dutch city of Assen, started its operation in 1939. It was intended for Jewish refugees who entered the Netherlands illegally. Until 1941, i.e. after the German invasion of the Netherlands, the camp still operated in this way. It accommodated approximately 1,100 Jews, mostly from Germany. From 1942, it became also a transfer camp, from which transports to concentration camps departed every Tuesday. The function of the camp was twofold: on the one hand, there were 1,000 – 2,000 “permanent residents” who were encouraged to work, perform crafts, and even handicrafts. Those prisoners even ran their own cabaret theatre in Westerbork. On the other hand, there were the “temporary” prisoners, intended only for deportation. In total, from July 1942 to September 3, 1944, the Germans deported 97,776 Jews from Westerbork: including 54,930 prisoners to the Auschwitz death camp (68 transports), 34,333 prisoners to the death camp in Sobibór (19 transports), 4,777 prisoners to the ghetto in Theresienstadt (7 transports) and 3,762 prisoners to KL Bergen-Belsen – in 9 transports. Eventually, Westerbork’s “permanent residents” were deported too. Most of them were sent to Auschwitz and Sobibór, where they were killed shortly after arrival.

Only one deportation included not only Jews, but also Gypsies – the transport to KL Auschwitz-Birkenau on May 19, 1944. On board of the train there were 245 Roma, including a 9-year-old Gypsy girl, Anna-Maria “Settela” Steinbach, known to all Samudaripen researchers from the characteristic scene from a documentary film in which she peeks out of a railway car with the words “74 pers.” written in chalk.

The number of all deportees from Westerbork reaches 102,000.

Apart from Setta, there was another girl known to the whole world who was deported from the Westerbork camp. It was Anna Frank, a Jewish girl born in 1929 in Frankfurt, who fled to Amsterdam with her whole family in 1933. Two years after the Germans began the occupation of the Netherlands, when the persecution intensified, her family hid in an abandoned tenement house, where Anna began to write her Diary. She continued writing until August 1, 1944. Three days later, the whole family was arrested as a result of a denunciation. On September 3, 1944, the last train with Anna’s parents on board set off from Westerbork to Auschwitz-Birkenau. Anna and her sister Margot were sent from Westerbork on the last but one transport, headed to KL Bergen-Belsen, where they soon both died of typhus. Out of the whole family, only Anna’s father, Otto Frank, survived the Holocaust and after the war he published his daughter’s diary. The first edition appeared in 1947, and to date it has been published in approximately 70 languages.

Before the war, around 4,500 Roma lived in the Netherlands, leading a nomadic life and engaged in music and trade. On May 16, 1944, a nationwide campaign took place to capture all Gypsies and detain them in Westerbork. As a result of this action, several larger Gypsy groups were created, however, some Roma managed to leave those groups. Between May 16 and May 18, 578 “Gypsies” were brought to the camp. It soon transpired that some of them (at least 200 people) were not Roma and Sinti but they were just people living a nomadic life, another 50 already possessed passports of allied or neutral countries. Consequently, they were all allowed to leave the camp. Nearly 250 people remained in the camp, detained in the penal section, with reinforced guard of Jewish Ordnungdiensts. 245 Gypsies were deported to Zigeunerfamilienlager in Birkenau on May 19. Thirty of them managed to survive.

Settela was not among the survivors. According to a woman riding in the same railway car, who witnessed the whole scene, the girl was captured by the camera, as she was staring at a dog despite her mother’s insistence to go deeper inside the car. The world-famous nine-year-old girl was sent to the gas chamber in Birkenau on August 3, 1944.

An interesting solution was proposed in the 1960s, after demolishing the remains of the camp and when planning the way of commemoration. Radiosterrenwacht (‘The Radio Monitor’) needed space to place twelve large telescopes. The first telescope was installed in 1967 and since then the area of the former Westerbork camp has been a disturbance-free zone – e.g. mobile telephony and the Internet are not available there (hence our coordinates may not be 100% accurate). The effect is also such that there is real silence in the former camp

The road to the former Westebork camp leads through the forest and is marked with wooden poles, each of which represents a separate transport. The plaques mounted on those poles indicate the day of the week, date of transport, destination and number of people associated with each event.

No original buildings have remained in the camp to this day. There are, however, some partial reconstructions – the wall or a metal frame of a barrack, as well as the camp commandant’s house, renovated and partly reconstructed in 2015. Previously the house, which belonged to the descendant of commander Albert Konrad Gemmeker, had been in the state of gradually increasing decay until it was bought from its owner. Treating this building as a kind of artefact is a unique phenomenon not only because of its historical value, but also because of its exhibition-related character. The whole one-storey house, including an attic, veranda and “winter garden” (glass-covered porch in the rear) – was enclosed within a glass “display case” …

You can read bout the camp commander here: http://www.holocaust-lestweforget.com/albert-konrad-gemmeker.html

About the commandant Gemmeker’s house in the Yad Vashem archives: https://www.google.com/culturalinstitute/beta/asset/westerbork-holland-the-house-of-camp-commandant-gemmeker/RQHLTwNXutxdRw?hl=en

Before entering the memorial site of the Westerbork camp, we can first see a monument, consisting of five concrete sarcophagi, each of which has an inscription with the destination of transport and the number of people: Sobibór, Auschwitz, Bergen-Belsen and others. The monument was created in 2001 and was designed by Victor Levie. Then we approach the aforementioned reconstruction of the commandant’s house. Individual parts of the camp are presented on large-size photographs.

There are two memorials inside the camp area: a central monument dedicated to all the victims of the camp and a monument commemorating individual deportations. The first monument is a memorial site dedicated to all groups of prisoners, with particular emphasis on Jews. It consists of parts of rails and a stone / wall, also known as The Resistance Memorial. Its characteristic motif are corroded rails torn away from the ground and bent upwards…

The other monument dedicated to commemorating specific victims – individuals deported from the Westerbork camp to concentration camps in Germany and Poland – is a memorial which consists of 102,000 Stones – see Hooghaalen – Westerbork (memorial).

In memory of the Theater Group Westerbork concentration camp 1943-1944: http://www.max-ehrlich.org/