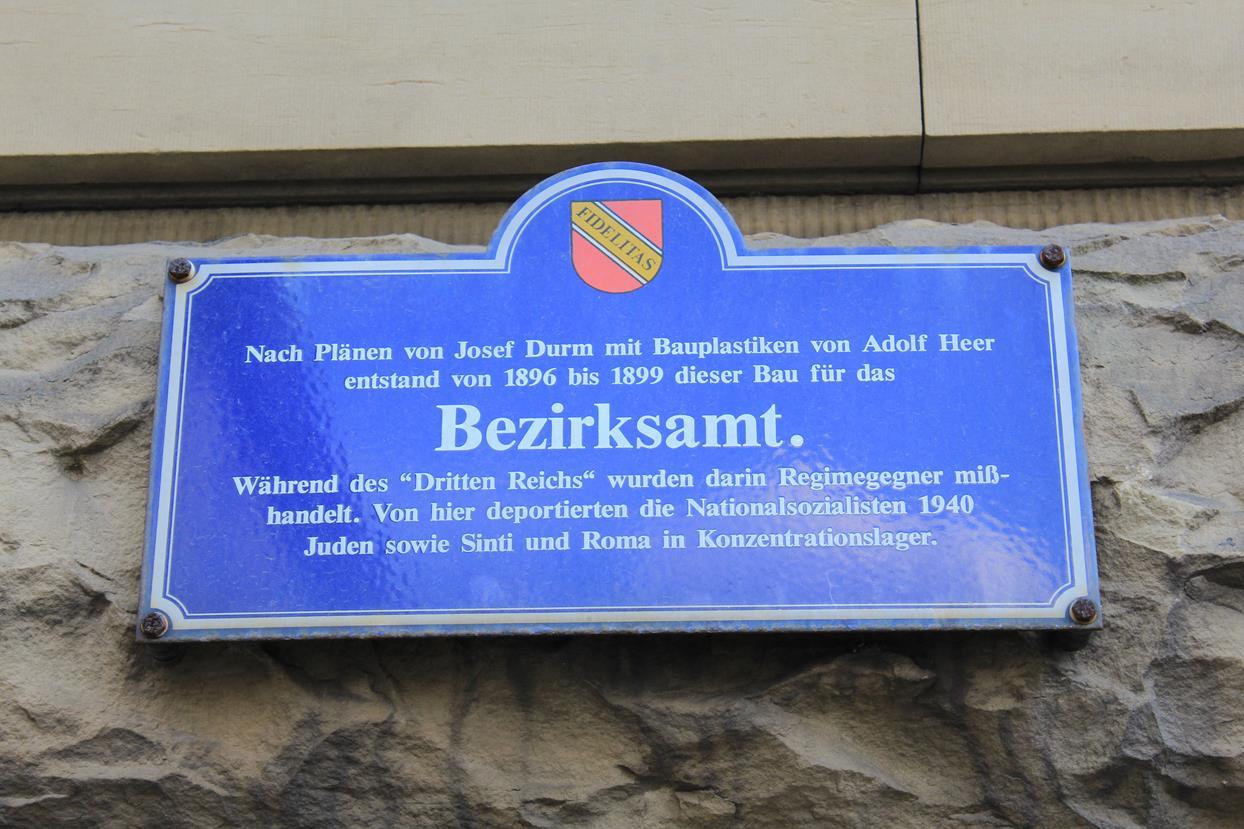 In 1933, over 500 Gypsies lived in Karlsruhe and its surrounding area. At least 200 of them were deported to concentration camps. Their history was researched by Michail Krausnick. Thanks to his archival research, we today know the role of Max Regelin, a lieutenant in the police from Karlsruhe, in the deportation of Gypsies. In the building where the commemorative plaque is located, both during the war and today there is the police headquarters.

A unified form of identification of individual buildings was used on the Karlsruhe market. The plaque located on the historical police station building is not a commemorative plaque, but it has a rather informational character. However, the text placed on this plaque is a way of commemorating the Gypsies – victims of National Socialism.

The plaque is located high above the line of sight (just like typical plaques with street names and numbers). It is a steel rectangle coated with blue enamel. At the upper edge there is a rounding in which the city coat of arms is placed: a red shield on which the oblique inscription “FIDELITAS” (Latin ‘faithfulness’),  in black, on a yellow sash with white contours, runs from the upper left to the lower right.

Below there is an inscription in German that introduces the history of the tenement house: creators, years of construction and tragic events that took place in this place during World War II

This building was built in the years 1890-1899 in accordance with the architectural plans of Josef Durm and the sculptures of Adolf Heer as headquarters for the district office. During the Third Reich regime, political opponents were abused here. In 1940, the Nazis deported 1940 Jews as well as Sinti and Roma to concentration camps.

The city of Karlsruhe