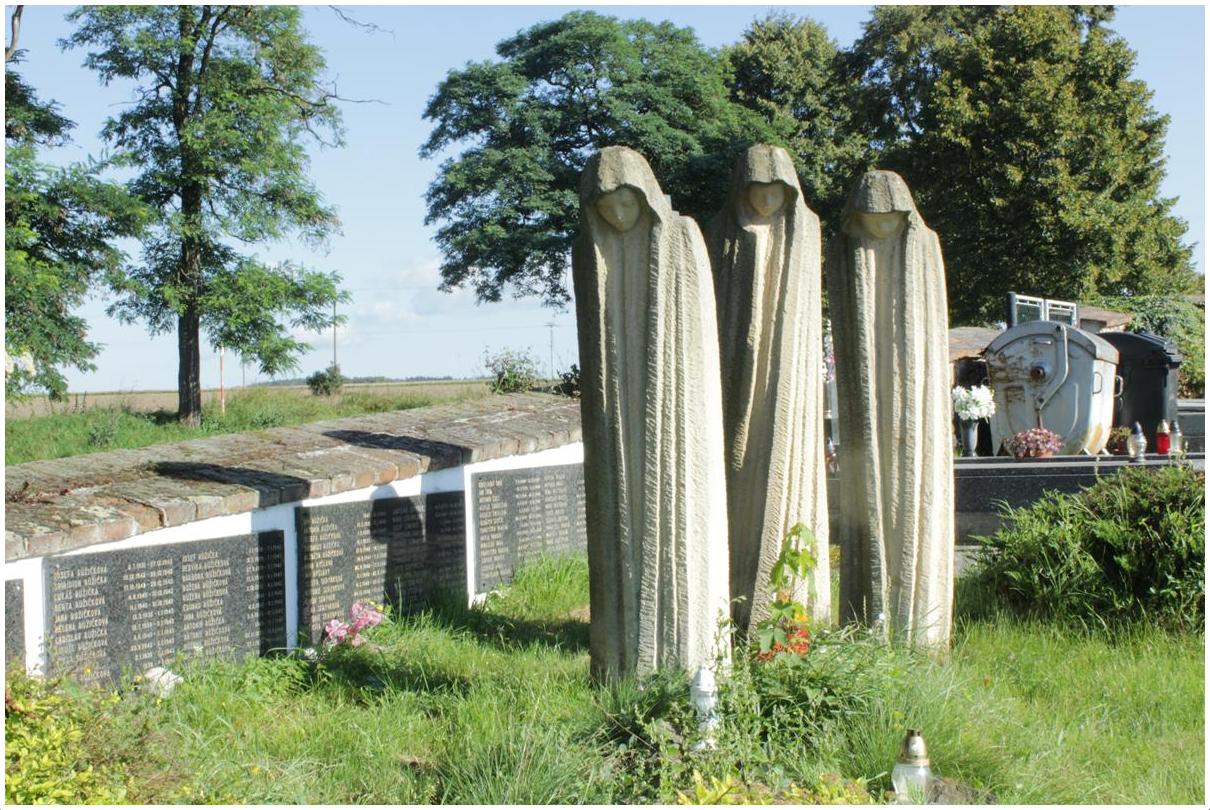 The memorial devoted to the Roma is located just next to Red Army soldiers monument from 1945.

There are seven plaques embedded in the cemetery wall. Six of them contain 154 names of children who died in the Lety camp. The oldest of the children was 9 years old, while most of them were under one year old. In front of the plaques there are three stone statues which depict crying women. Pictures from the unveiling of the memorial also show that the statues of the women weer accompanied by a broken Gypsy wheel, but in 2016 the wheel was no longer near the memorial.

Unmarked graves are the resting place of 30 adult Gypsies who died in the Lety camp.

On the left and right of the plaque with the above inscription, three plaques were placed in the wall of the cemetery with a total of 154 names of children.