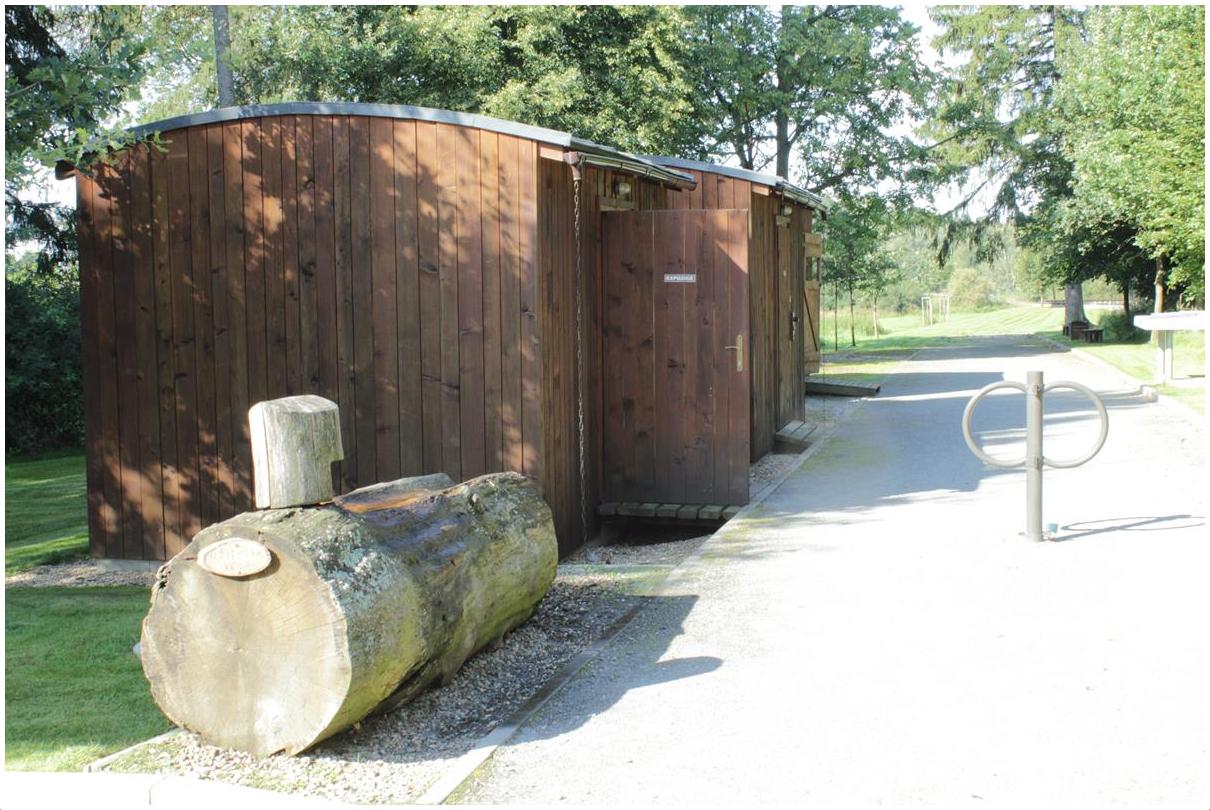 Initially, from August 8, 1940, the Lety camp was a labour camp, later (January 1, 1942) it functioned as a concentration camp. As a result of the census of Gypsies carried out two months earlier in the Protectorate of Bohemia and Moravia, beginning from August 1942, the camp was intended exclusively for “Gypsies, Gypsy crossbreeds and people living like Gypsies.” It occupied a fenced area of 66 ares with an additional 11.2 ares of unfenced fields.

On August 2, 1942, the first group of 66 Gypsies was brought to the camp. The inflow was so high that on August 15, as many as 1145 prisoners had already been registered. On December 2, 1942, the first transport of prisoners left from Lety to Auschwitz. At that time, there was already a typhus epidemic in the camp, resulting in high mortality.

Despite the high mortality rate among the prisoners living in very difficult conditions, in overcrowded temporary barracks, the planned deportation of prisoners to Auschwitz was not abandoned. The largest transport took place on 4 May 1943, when 307 people were sent to the concentration camp.

Thanks to the documentation kept by a Jewish doctor, it is known that 36 children were born in the camp in Lety, including 13 boys and 23 girls.

In the 1970s, the location of the camp was incorporated into a large state-owned pig farm, whose size was several times larger than the size of the camp. The location of the piggery evoked and it continues to evoke great controversy and protests. The pig farm exists to this day.

In the middle of the 1990s, the idea of ​​erecting a monument and a special exhibition was finally realised. President Vaclav Havel took part in the unveiling of the monument on May 13, 1995.

In 2009, the custody of the monument in Lety was taken over by the institution called Památník Lidice, which now takes care of 3 memorial sites important for Czech history (Lidice, Lety, Ležáky). A year later, barracks near the monument were reconstructed and a board exhibition with the history of the Lety camp and the Roma extermination in the Czech Republic was opened to visitors. Romani associations in the Czech Republic protested against this and believe that the history of the Roma extermination is not presented fairly in the exhibition. The exhibition was developed in cooperation with the Terezin Memorial Site and the Museum of Romani Culture in Brno.

Protests are also caused by the continued existence of the pig farm, despite the fact that subsequent governments promised to close it, especially after an official protest in this matter which was announced in 2013 by the UN Human Rights Council.

Note that an information board which commemorates the Lety camp is also located next to the Commune Office in Lety, as part of the educational trail presenting the history of the Lec camp and the surrounding area.

The reconstructed tiny barracks of the Lety camp house a board exhibition devoted to the history of the camp and a reconstructed living room. In addition, you can see a scale model of the camp in the scale 1:80.