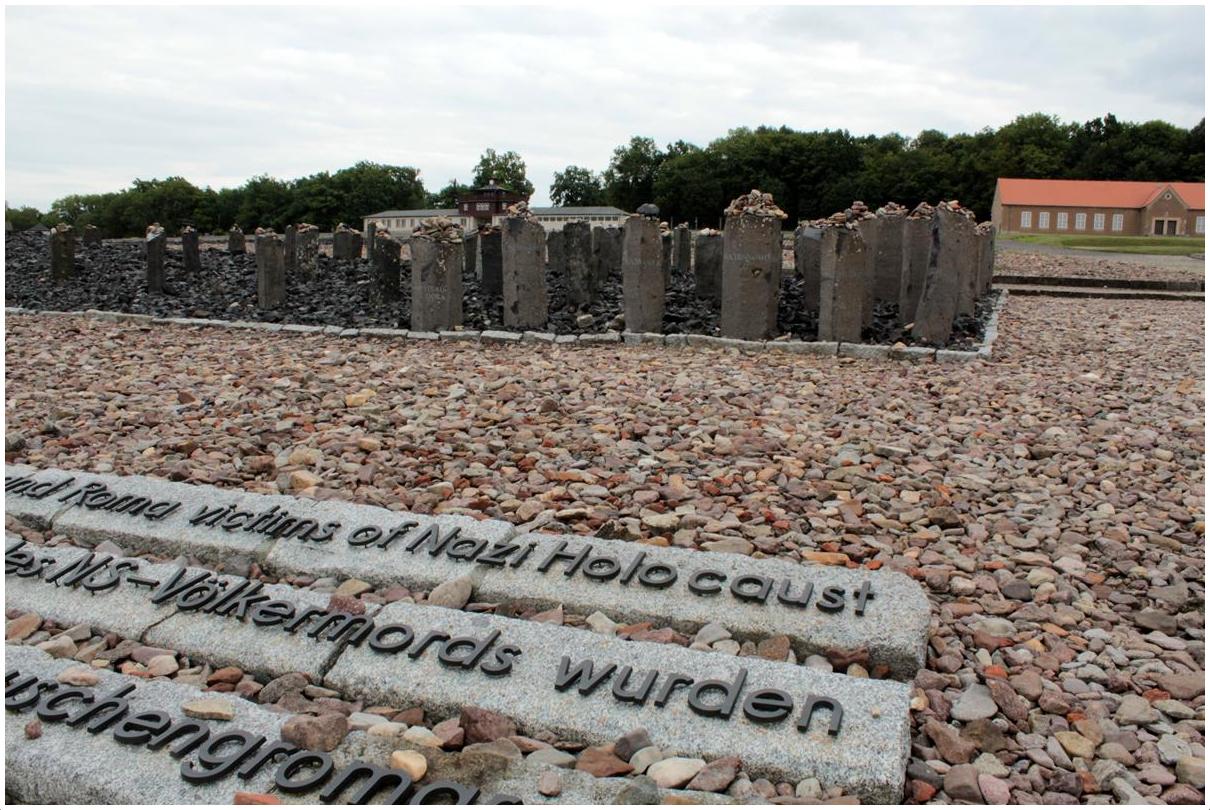 Nearly 240,000 people were imprisoned in the Buchenwald concentration camp, of whom at least 50,000 were killed. After the census in the spring of 1939, about 100 Gypsies were prisoners of Buchenwald and they were subjects of racial research. Immediately after Himmler approved racial research, another 600 people from Dachau as well as about 3,000 arrested in Burgerland, Austria were sent to Buchenwald.

The third batch of prisoners did not survive the winter of 1939/1940. Many Gypsies had their limbs amputated, which resulted from being exposed to frostbite during frequent arrests and additional punishments, e.g. they were flogged and forced to icy baths, long cold vigils. If they did not die, the “angel of death,” Dr. Hans Eisele or Dr. Wagner murdered them with an injection of Evipan. Most of the Roma who survived at that time were sentenced for “for extermination by work” in the quarries of the Mauthausen camp. A small portion remained in Buchenwald to be used by the camp doctor as an experimental material in typhus research in the autumn of 1942.

In April 1944, a transport of 900 Gypsy men “fit for work” arrived in Buchenwald. Those prisoners eventually ended up in KL Mittelbau-Dora and were employed in the tunnels and mines. Gypsies who were sent to other camps just before the liquidation of Zigeunerlager in Auschwitz-Birkenau, in rare cases managed to save their lives, but they did not avoid being exposed to inhuman conditions, exhaustive work, hunger, illness and – perhaps more often than others – to flogging and other harsh punishments.

In 1958 the former Buchenwald concentration camp was opened as a National Remembrance Site. After the unveiling of the Jewish memorial (on the site of the former Jewish block 22) on November 9, 1993, efforts began to commemorate the Roma and Sinti. The memorial was to stand in place of Gypsy block No. 14. In November 1994, the model of the memorial was presented to the public for the first time.

In the area designated as the former block 14, about hundreds of low basalt columns were placed by the artist. They are irregularly distributed – more huddled in the western part, increasingly dispersed in the eastern part. According to the author, their arrangement brings anxiety, is associated with danger, drowning, symbolic destruction. Roughly cut basalt also refers to the murderous work in the Buchenwald quarries.

The 18 steles feature the engraved names of the concentration camps in which Gypsies died.

Interestingly, the memorial fits in perfectly with the whole area of ​​the Buchenwald memorial site. It is not conspicuous, it does not stand out from the surrounding area, although it makes a great impression. Visitors pay attention to its intimate nature, which everyone has to face alone.

Texts in German, English and Romani:

(To commemorate the Sinti and Roma, victims of the National Socialists genocide)

Warning! According to information from employees of the Memorial Site and the Sobibór Museum – there are no documents proving that Roma were staying in the former Sobibór camp.