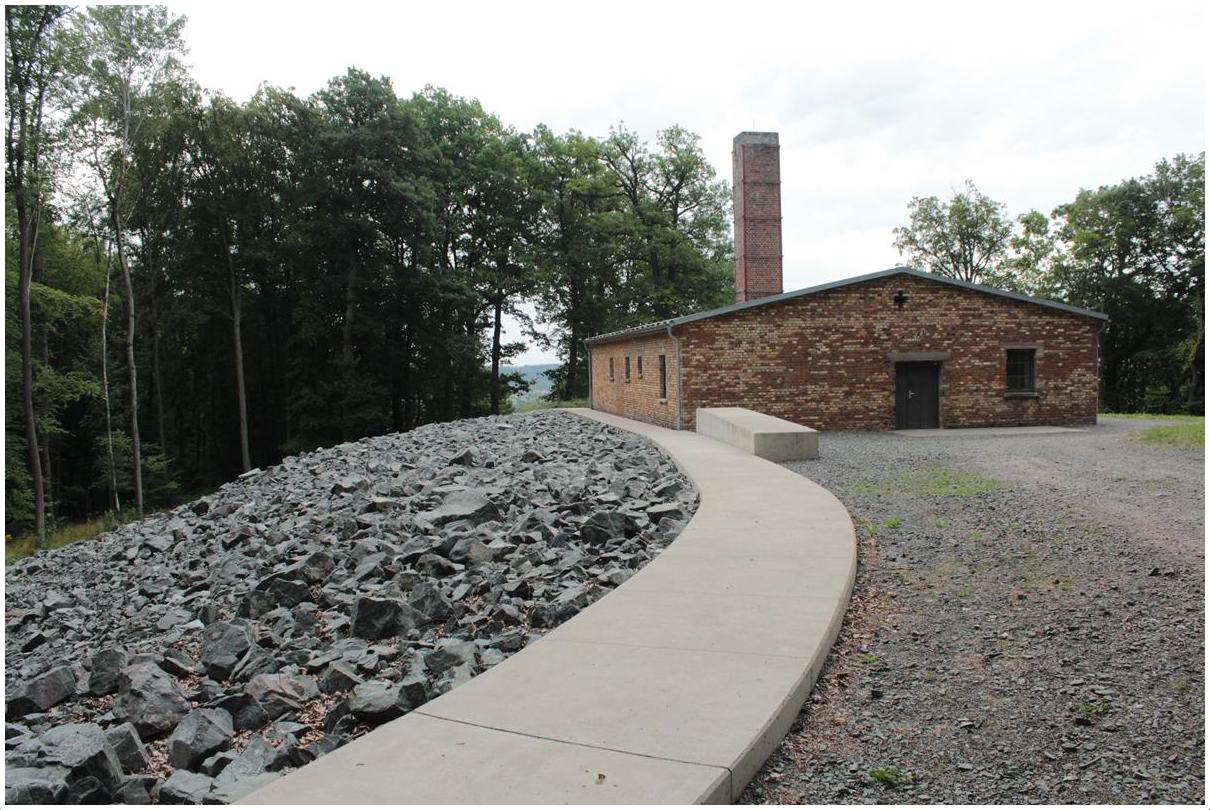 Mittelbau-Dora labour camp (Arbeitslager Dora, Konzentrationslager Mittelbau-Dora) – German concentration camp, founded near Nordhausen (Thuringia, Germany). The camp was launched in August 1943 as the sub-camp of the Buchenwald. It was founded to provide slave labour for the nearby giant underground Mittelwerk armament factory, operating in the tunnels of a former gypsum mine and intended to provide ground-to-ground (V2) missiles against the Allies.

In August 1943, a transport of prisoners from Buchenwald came to Dora. Their task was to rebuild underground factories and assemble V2 rockets. In the following months more prisoners arrived, including thousands of Gypsies from Auschwitz-Birkenau “for extermination by work” in Mittelbau-Dora. From October 1944, Dora was already operating as an independent camp, with a network of smaller sub-camps. The murderous pace of work meant that people were getting exhausted and those unable to work were sent to death camps – back to Auschwitz-Birkenau or Majdanek. In March 1945, the evacuation of the camp began because of the approaching front. Death marches were organised, with prisoners headed mainly to Bergen-Belsen. About 60,000 prisoners were detained in Mittelbau-Dora. On the day of liberation, the American army found about 700 people in the camp.

One of the two tunnels built by prisoners leads to the Memorial Site and the Mittelbau-Dora Museum. Both of them were blown up in 1947, but one of them was rebuilt for the needs of the museum.

In 2008, a temporary exhibition devoted to the extermination of the Roma and Sinti was opened at the Museum of the former Mittelbau-Dora camp – see also: https://www.buchenwald.de/en/903/

Currently, there are two plaques commemorating Gypsies in KL Mittelbau-Dora. They are: a general plaque, located on the memorial square, at the foot of the crematorium, next to the memorial. The plaque lists 47 nationalities (and stateless persons) whose representatives were imprisoned in the camp, including the Roma and Sinti separately. The second plaque is located a few meters away and is devoted solely to commemorating the persecution that happened during World War II and aimed at the Roma and Sinti.