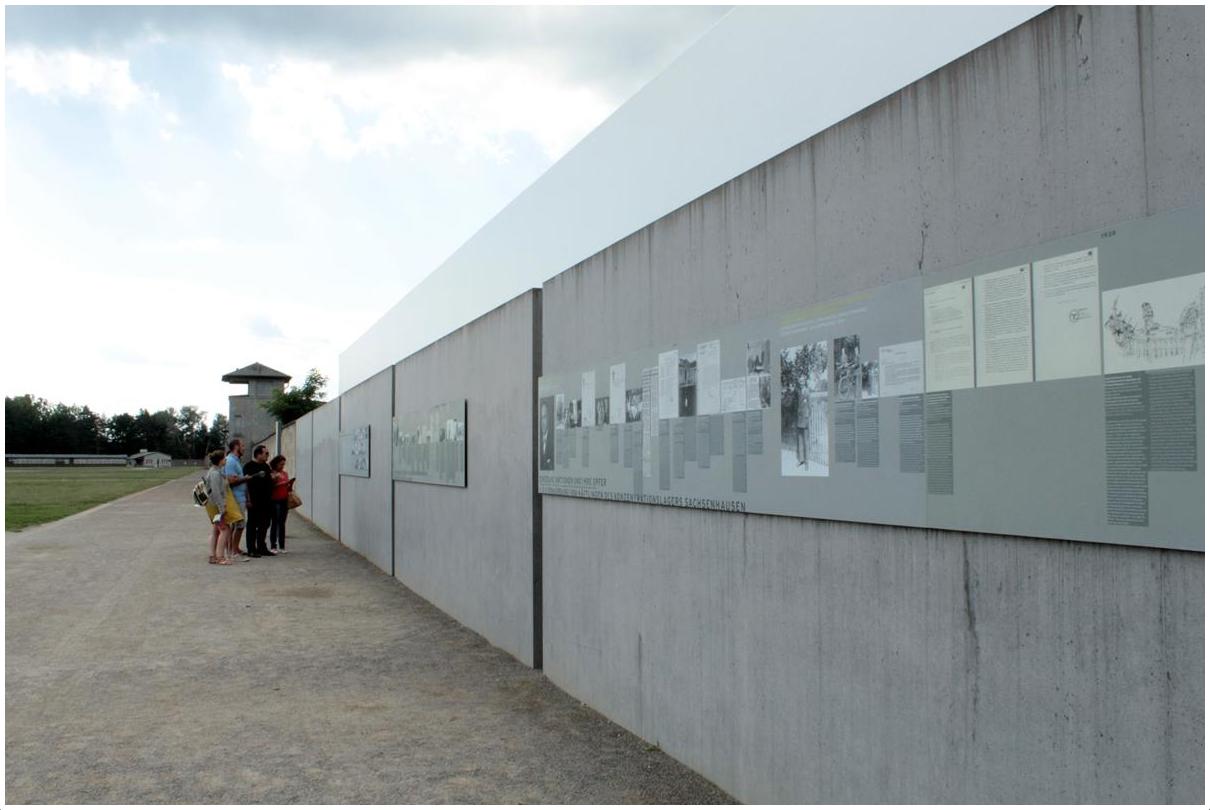 The camp near Oranienburg existed from 1936 to April 22, 1945. It was a training camp for high-ranking SS authorities, including Rudolf Höss (later commandant of the Auschwitz camp). Initially, Oranienburg was a labour camp, in which prisoners died of exhaustion: Poles, Germany, Soviets, Gypsies, then Jews. Initially, it was a “non-political” camp (also for children, Jehovah’s Witnesses, homosexuals and others). In Sachsenhausen, SS doctors carried out criminal medical experiments on prisoners, often resulting in death or disability. In 1941, gassing tests were carried out on Soviet prisoners of war in trucks adapted for this purpose, which were later used, for example  in the Kulmhof extermination center and in Majdanek. In 1942, a gas chamber, crematoriums and a chamber for execution by shooting were built.

In Sachsenhausen there was also a famous footwear testing pavement, with various surfaces (various types of stone, concrete, slag, brick, asphalt, gravel etc.) which prisoners tested day and night by marching on them. These trials, during which soles for military shoes for the German army were tested,  often resulted in the prisoners’ death.

Out of 60,000 prisoners in Sachsenhausen alone and 20,000 in sub-camps (data for 1945), 3,000 prisoners survived until the liberation. The others were driven in Death Marches to other camps, including Mauthausen-Gusen and Bergen-Belsen or murdered.

A board exhibition on the history of the camp, on the wall. There is also information about the persecution of Roma and Sinti, including the story of a Sinti artist, Rudolf Atsch.

In German and English.