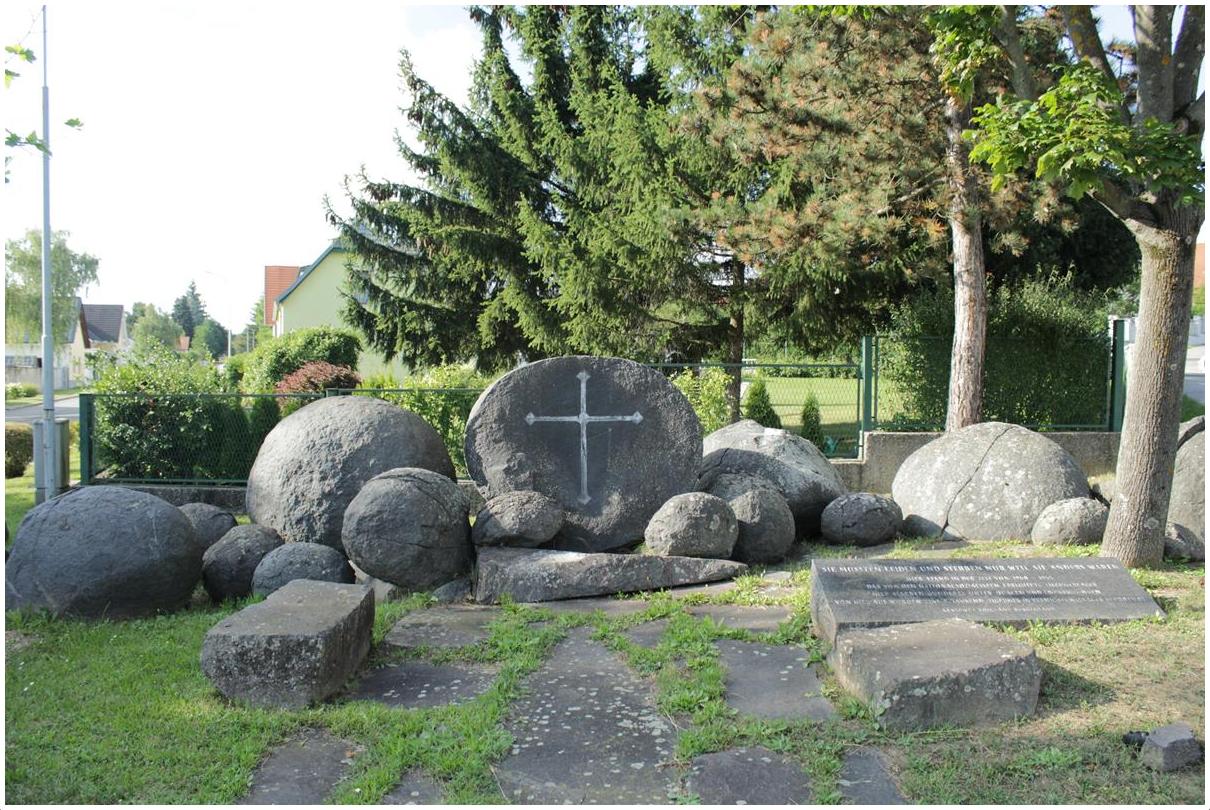 In November 1940, a prevention camp for Gypsies was created in Lackenbach. The number of prisoners fluctuated between 200 and 900 people. The camp stretched from today’s monument to the cemetery. Despite the difficult conditions, the inability to refuse work, and deportations to concentration camps – Lackenbach was not considered a “camp” but a “preventive measure against crime”. It was just treated as a place of preventive work for people with antisocial attitude. A section of the camp served as a temporary prisoner-of-war camp for Jews.

Initially, the prisoners worked only inside the camp, e.g. in a field or sawmill. Then they were employed almost exclusively at the construction of roads and motorways, fortifications, bridges, etc.

Beginning in the spring of 1941, the number of prisoners in the camp, including children, rapidly increased.  The count of prisoners reached its peak on November 1, 1941 – 2335 people. Between 1940 and 1945, 237 prisoners died. The causes of death varied; for example, several typhus epidemics took a big toll.

At the end of 1941, nearly 1000-2000 (sources indicate a different number) prisoners from Lackenbach (and also other camps – a total of 5000 people) were transported to the Łódź (Litzmannstadt) Ghetto, where they were assigned only 19,177 m2: 15 buildings with 545 rooms. Lackenbach prisoners who were deported to the Zigeunerlager in the Łódź (Litzmannstadt) Ghetto – and survived despite hunger and illness – were sent to the Kulmhoff camp (in Chełmno nad Nerem), where they were gassed. A similar fate awaited the Gypsies who were deported from Lackenbach to Auschwitz.

Rudolf Sárközi, who died in 2016, was the leader of the Austrian Roma, who put great emphasis on the commemoration and education about the extermination of the Roma. It was he who initiated the construction of memorials dedicated to the Austrian Roma in the Łódź (Litzmannstadt) Ghetto and in the Kulmhoff camp.

The monument is made from large basalt stones, partly covered with moss.

The idea of the monument is to commemorate not only the deportation of the Roma, but also their everyday life in the Lackenbach camp. As part of forced labour during road construction, the prisoners worked with similar material – heavy stones. They often died during the exhaustive work on stone processing.

The green coating on stones is to symbolise the strength of survival that was needed for Gypsies, as people decimated by war – to survive.

The monument is located less than 200 m from the former Zigeunerlager, at the intersection of Ritzinger and Bergstrasse. No traces of the camp itself have remained to this day.

(They had to suffer and die only because they were different. Here, in 1940-1945, there was a gypsy camp, built by national socialists. Here hundreds of people died in torment and poverty. From this place, several thousand Gypsies were deported to death camps. Funded by: the Burgenland Authorities)