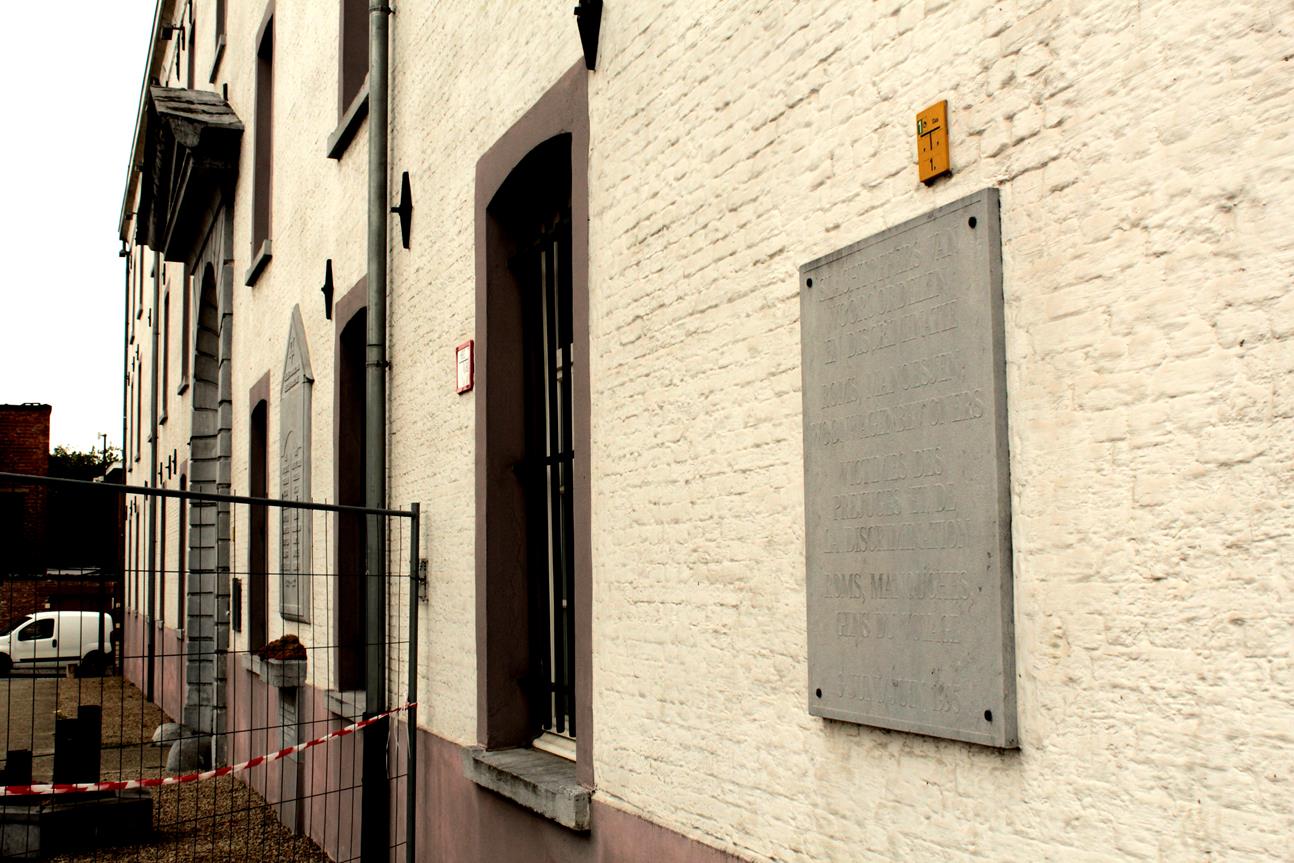 Belgium and the Netherlands were attacked by Germany on May 10, 1940. The Netherlands surrendered after 5 days (apart from the province of Zeeland, where the fighting lasted several days longer). Belgium capitulated on May 28, 1940. In December 1941, the Roma in occupied Belgium received temporary residence permits. Until 1943 they could move freely within the country. In February 1943, the first 9 Roma were arrested and detained in Antwerp. In autumn, the persecution affected the entire Gypsy community, who were held in the barracks at Mechelen (the full name of the camp was Kazerne Dossin de Saint-Georges – SEE WIKIPEDIA: https://nl.wikipedia.org/wiki/Kazerne_Dossin ). In July 1942 German authorities changed the name of the camp to SS-Sammellager Mecheln.

Initially, the barracks served as a labour camp for Jews, but with time it became obvious that they were only a transit camp. In 1943, many Jews were transported from here to the transit camp in Drancy, France, but the 28 transports to Auschwitz were the most tragic.

On April 19, 1943, the 20th transport set out from Mechelen. It was the first one in which prisoners were sent to the death camp inside freight carriages. On its way the train was stopped by the Belgian resistance movement, which allowed more than two hundred prisoners to escape.

On January 15, 1944, two transports left Mechelen: one Jewish (Transport 23rd) and a Gypsy transport (called Transport Z2). All 351 Gypsies (77 men, 99 women and 175 children) were sent to KL Auschwitz B II E to the so-called Zigeunerfamilienlager in Birkenau. Their number was systematically decreasing so that from 16,000 people on the Gypsy section, on August 2, 1944, there remained 2,897 people who were sent to gas chambers on the night from August 2 to August 3. This is how the „Gypsy family camp” was liquidated.

Across the street from the Mechelen Museum, there is the original Mechelen military barracks complex. Currently this location houses the municipal archives and the Mechelen camp memorial. In a sense, the Kazerne Dossin Memorial is a continuation of the comprehensive exhibition related to the extermination of pre-war Belgian residents, with the „memorial” resembling more a way of commemoration or even a temple than just another exhibitions.

There are some memorabilia (such as letters, artefacts, etc.) as well as over 19,000 portrait photographs of the prisoners of the Kazerne Dossin camp. The portraits are displayed on the walls of the museum and at the memorial. About 5000 portraits are still missing…