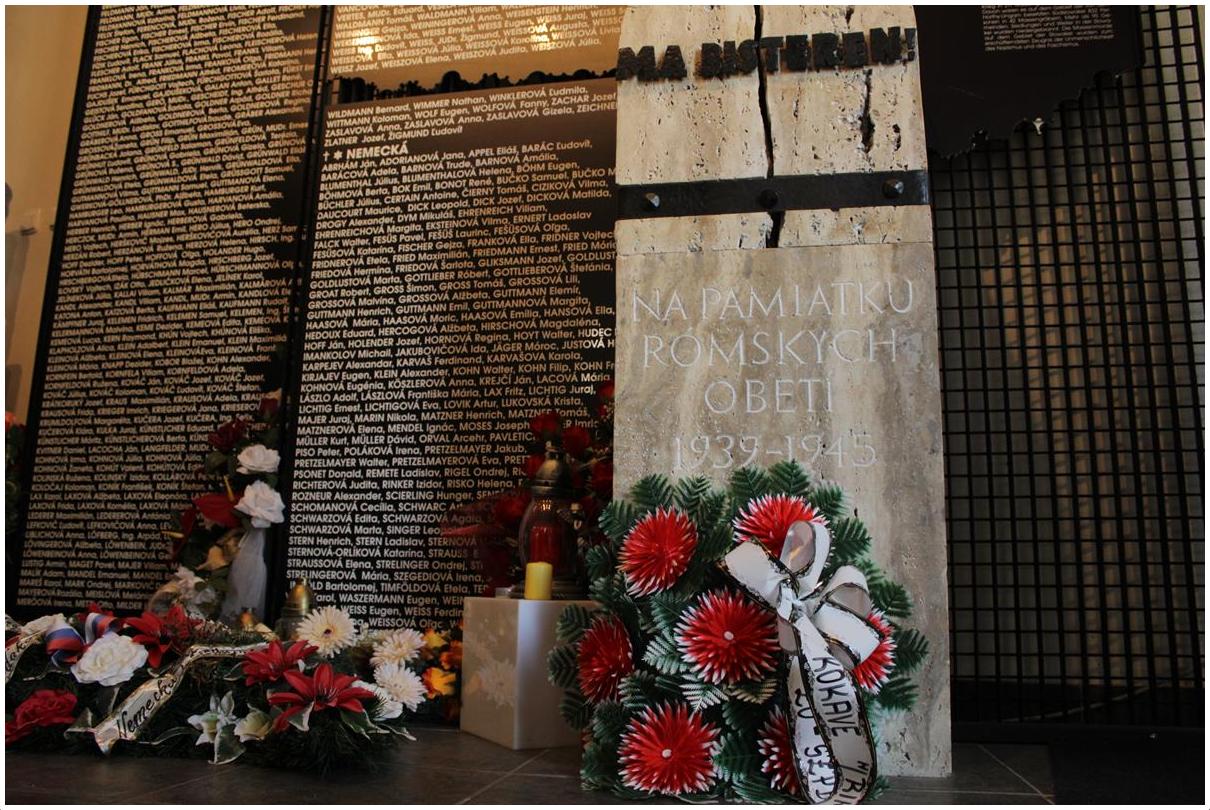 In Nemecka, there was a forced labour camp for calcination of limestone. Between 4 and 11 January 1945, 900 people, including Roma, were shot and killed in the back of their heads. The bodies of the victims were burned in a lime kiln. They were buried in mass graves in nearby Kremnička.

The memorial was created as part of the Slovak project Ma bisteren! It is located inside a small building, a branch of the Museum of the Slovak National Uprising, which features an exhibition about the repercussions during World War II in Slovakia. The exhibition also contains information about the persecution of the Roma (Slovak, English, German). The memorial is available during the museum’s opening hours.

The memorial is a travertine slab, rounded at the top (in the shape of a matzeva), wrapped in an iron rim. It bears an iron, hammered inscription. Below, there is an inscription carved in stone.

By the road No. 66, opposite Motorest